While liberals always hate to “let a good tragedy go to waste,” Joan Walsh – editor at large of Salon magazine – might have set a new record for implementing that strategy just hours after Ebola patient Thomas Eric Duncan died on Thursday.

“It’s probably no accident,” she declared, that the Liberian's passing “happened in [Governor] Rick Perry’s Texas. More than 1.5 million Texans, with a median income of $833, are going uninsured because Perry rejected Medicaid funding” when he and his administration turned down participation in the ObamaCare program. 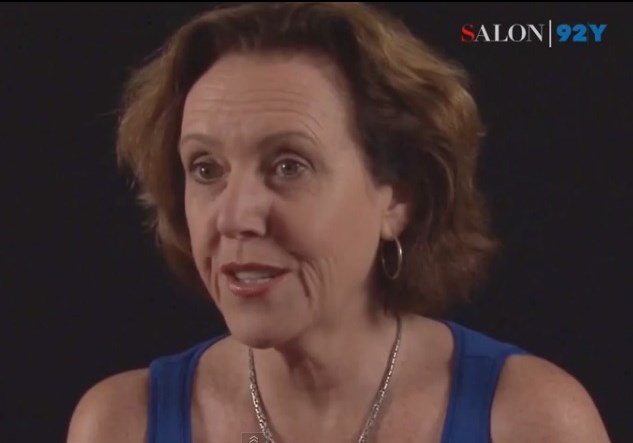 “President Obama's critics are right,” she began, noting that he “never should have reassured Americans that Ebola was unlikely to arrive in the U.S. He should have known better” because of the country's “still spotty health-care system, in which hospitals routinely deny diligent treatment to people who don’t have insurance, and profile along lines of race and class.”

Apparently, Walsh is unaware of the Emergency Medical Treatment and Labor Act, which was passed by Congress in 1986 to guarantee that all patients receive treatment in a hospital emergency room regardless of their ability to pay the related costs.

Nevertheless, the editor stated that Duncan is “the only patient to die of the disease here” because when he turned up in a Dallas emergency room, he “was uninsured” and “informed the staff he was from Liberia and was sent home with antibiotics.”

“Even when he was readmitted and diagnosed with Ebola, he got an experimental drug late,” Walsh stated as she continued trying to second-guess the medical personnel Duncan encountered. “And he was the only patient who didn’t receive the additional experimental protocol of a blood transfusion from someone who had recovered” from the disease.

Walsh backtracked significantly when she admitted:

Medicaid wouldn’t have helped Duncan, but it might help someone exposed to him. Right now, Youngor Jallah, the woman who got Duncan to the hospital when his symptoms worsened, says she doesn’t have Medicaid or any health insurance.

The hospital, for its part, denies it treated Duncan differently than insured patients.

However, the “real elephant in the room is the man was black, he had no insurance, and therefore he was basically turned away,” Dallas County commissioner John Wiley Price, who is African-American, told the Los Angeles Times.

Of course, it didn't take long for Walsh to attack the Republicans as being “Ebola hypocrites” who are taking part in a “GOP crusade to cut federal spending on health agencies.”

As proof of her assertion, she noted:

The sequester cut $1.55 billion from the budget of the National Institute of Health and took another $300 million from the [Centers for Disease Control and Prevention], slashed global health programs by $411 million and USAID by $289 million.

“So the president’s critics are right, though mostly for the wrong reasons,” Walsh declared. “Our under-funded public health system means that Obama probably shouldn’t have called it 'unlikely' that Ebola would reach our shores or promise that we can certainly prevent its spread.”

“I have to tell you honestly it’s been a significant impact on us,” the NIH’s Anthony Fauci told a Senate subcommittee last week regarding budget cutbacks. “It has both in an acute and a chronic, insidious way eroded our ability to respond in the way that I and my colleagues would like to see us be able to respond to these emerging threats.”

“We have to work now so that this is not the world’s next AIDS,” she quoted CDC director Tom Frieden as telling the World Bank and International Monetary Fund's annual meeting.

“That will require funding a stronger public health infrastructure at home and internationally,” the Salon editor added before claiming:

Republicans are determined to use the disease to stoke fear and turn out their base in November. It may be working: An NBC online poll shows that 56 percent of Americans now want a ban on flights from countries that have seen an outbreak of Ebola.

Fighting the disease will require engaging with the global public health community, not seceding from it, but xenophobia is a reliable standby in the GOP political toolkit. It just may be the wrong season to expect a serious bipartisan response to this crisis.

It's interesting to note that not only does Walsh hold a high position in Salon magazine, but she is also the author of a book entitled What's the Matter With White People: Finding Our Way in the Next America. That's an interesting project for someone who accuses Republicans of promoting xenophobia.