One of Barack Obama's staunchest supporters -- David Remnick,  a former Washington Post reporter who's been editor of The New Yorker magazine since 1998 -- stated in an article on Monday that the president has become “weak,” and then, when he tries to disprove that claim, he “can seem just tired.”

“After six years in office, Obama broadcasts his world-weariness with wan gestures and pauses, with loose moments in the White House press room,” Remnick noted. “As the Middle East disintegrates and a vengeful cynic in the Kremlin invades his neighbor, Obama has offered no full and clarifying foreign-policy vision.” 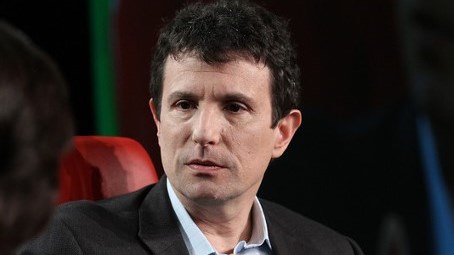 The editor began his column by stating:

Even the most forgiving judge of Barack Obama, one willing to overlook his preference for chipping onto the sunlit greens of Martha’s Vineyard rather than brooding in the fluorescent glare of the Situation Room, must admit that the president has sometimes been a thick-tongued steward of his own foreign policy.

Obama, who prides himself on late-night preparation, unshakable rationality, and a writerly ear, is compiling an anthology of botched pronouncements that have, at best, muddied his intentions.

Remnick then noted that in August of 2012, the Democratic occupant of the White House said: “We have been very clear to the Assad regime, but also to other players on the ground, that a red line for us is we start seeing a whole bunch of chemical weapons moving around or being utilized.”

Thirteen months later, Obama falsely claimed: “I didn’t set a red line. The world set a red line.” And in August of 2014, he further clouded the water by indicating: “I don’t want to put the cart before the horse. We don’t have a strategy yet.”

“His opponents and would-be successors at home have seized the chance to peashoot from the sidelines,” Remnick wrote. Along with criticism from such Republicans as senators John McCain from Arizona and Lindsey Graham of South Carolina, New Jersey governor Chris Christie claimed that if he occupied the Oval Office, Russian leader Vladimir Putin “would not have dared sponsor the bloody destabilization of Ukraine.”

The editor added that “a more punishing critique came from Hillary Clinton, Obama’s former secretary of state, who, hoping to win herself some distance from an unpopular president, told journalist Jeffrey Goldberg: 'Great nations need organizing principles, and ‘Don’t do stupid stuff’ is not an organizing principle.”

“Obama does himself no favors with his periodic slumbers, his indisciplines of conception and rhetoric,” Remnick claimed. “He and his aides take too much comfort in their sense of being misunderstood and stymied” because “their mistakes are not few.”

“Yet it is a mistake, as well, to dismiss caution as weakness, to react to the medieval executions and depredations of ISIS and the adventurism of Vladimir Putin by mocking the very idea of strategic calculation,” he continued.

“In foreign policy, there are sins of commission (Vietnam, Iraq), and there are sins of omission (Bosnia, Rwanda). History may find Obama guilty of both,” Remnick stated. However, “Obama has taken the lead in creating a Western bloc that has imposed intensifying sanctions against Putin’s regime. Putin would not be talking about a ceasefire otherwise.”

Remnick is still trying to promote Obama's "achievements" on the global scene. Last week, at the NATO summit in Wales, the editor noted: “Obama also assembled a coalition that would take on ISIS and provide a model for an international response to extremist groups.”

“This is not a foreign policy that offers the satisfactions of self-expression; it lacks the snarl and the swagger that Obama’s domestic rivals yearn for,” Remnick remarked. But “halfway through this president’s second term, negotiations over Iran’s nuclear program have, at last, a realistic chance for success” while “Russia’s recent aggressions in eastern Ukraine may end in an uneasy truce.”

“The gains have been unshowy and incremental,” the editor noted, but “when your aim is to conduct a responsive and responsible foreign policy, the avoidance of stupid things is often the avoidance of bloodshed and unforeseen strife. History suggests that it is not a mantra to be derided or dismissed.”

As NewsBusters reported in January, Remnick took advantage of being a guest on the Public Broadcasting Service to praise the Obama Administration as “scandal-free” and “pro-science.”

Soon after, the liberal editor was also a guest on PBS's Charlie Rose program, when the host asked him if Obama's chance to be perceived as “big” had slipped away. Of course, Remnick replied that was not the case since the president still has years left in the White House.

In his book The Bridge, Remnick happily forwarded top Obama sycophant Valerie Jarrett claiming Obama was so brilliant that "I think that he has never really been challenged intellectually....He’s been bored to death his whole life. He’s just too talented to do what ordinary people do. He would never be satisfied with what ordinary people do.”

The fact that even a supporter as dedicated as Remnick describes Obama as “world-weary” and claims the president “can seem just tired” while defending himself should serve as a serious “wake-up call” for the current administration, especially with the mid-term election just two months away.