Pro-Obama Author: Trump May Repeal Legacy of ‘Every President From Washington Onward’ 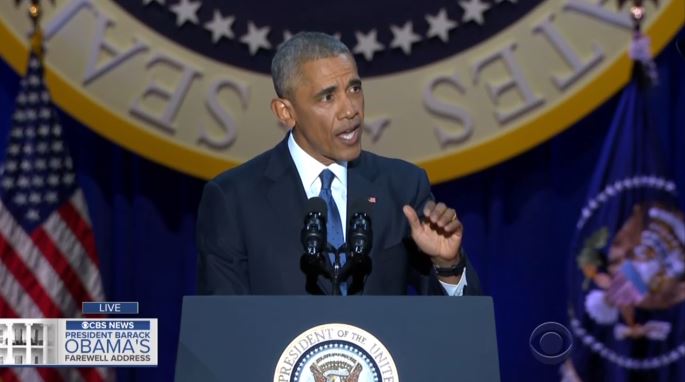 Next Tuesday, three days before the current POTUS becomes an ex-POTUS, Jonathan Chait’s Audacity: How Barack Obama Defied His Critics and Created a Legacy That Will Prevail will be published. On Tuesday, New York magazine, where Chait is the chief political pundit, ran an excerpt from the book.

In it, Chait noted that both conservatives, who “spent the Obama years terrified he’d sent their country spiraling into a socialist dystopia,” and liberals, who “spent it fretting he had done too little,” generally expect Donald Trump to roll back Obama’s accomplishments. “But this assumption is too shallow and too confident,” wrote Chait. “It reflects, in part, the conservative fallacy that Obama mostly relied on easily reversible executive orders and the liberal fallacy that he mostly floundered in the face of Republican obstruction. The truth is that Obama enacted careful, deep, and mostly popular solutions to a broad array of problems to which his opponents have no workable response.”

Chait stated that Obama reforms likely to last include a “more progressive” tax code; the Paris climate agreement; and Obamacare, regarding which Republicans “have made impossible promises” and “are quickly finding themselves stuck in a political quagmire.” He contended that the supposed right-wing freak-out over Obama’s words and deeds is nothing America hasn’t seen before, and nothing that the left can’t overcome (bolding added):

Obama’s reactionary opponents wish to nullify his legacy not because it changed little but because it changed so much. Any large-scale reordering of power and resources in American life will inevitably face resistance, sometimes for decades. After Lincoln managed to ban slavery, southern states launched a violent terrorist counterattack…The war against New Deal programs has never ended…Republicans continue to attack jewels of Lyndon Johnson’s legacy, like Medicaid and the Voting Rights Act…

…Progress tends to come in great dramatic bursts of action and then recede. Barack Obama’s presidency represented one of those great bursts. His was a vision and incarnation of an American future. His enemies long to restore a past of rigid social hierarchy, with a threadbare state that yields to the economically powerful. He, not they, represents the values of the youngest Americans and the world they will one day inhabit.

Moreover, argued Chait, it’s the incoming president, not Obama, who’s the radical outlier: “Trump may very well destroy the underpinnings of a system of government put in place more than two and a quarter centuries ago, and if he does, it will be not only Obama’s legacy that is repealed but the legacies of every president from Washington onward.”