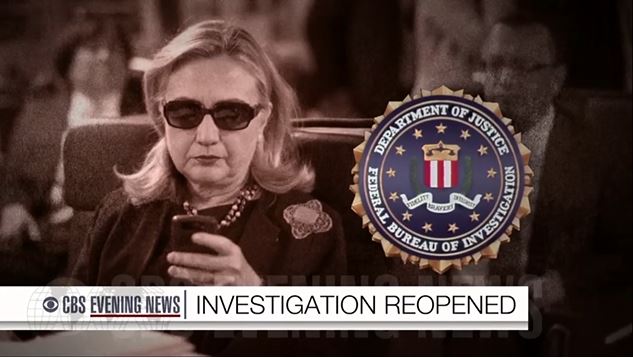 The Hillary Clinton e-mail scandal involves no wrongdoing by Hillary Clinton, contends Vox’s Matthew Yglesias. So whose behavior has been scandalous? The media’s.

“Emailgate, like so many Clinton pseudo-scandals before it, is bullshit,” wrote Yglesias in a Michael Kinsley-esque Friday piece. “The real scandal here is the way a story that was at best of modest significance came to dominate the US presidential election -- overwhelming stories of much more importance, giving the American people a completely skewed impression of one of the two nominees, and creating space for the FBI to intervene in the election in favor of its apparently preferred candidate in a dangerous way.”

Yglesias complained that “network newscasts have, remarkably, dedicated more airtime to coverage of Clinton’s emails than to all policy issues combined,” adding that “cable news has been, if anything, worse, and many prestige outlets” -- notably, The New York Times -- “have joined the pileup.”

The “obsessive email coverage,” argued Yglesias, has meant that “the public is left totally unaware of the policy stakes in the election. Another [consequence] is that the constant vague recitations of the phrase ‘Clinton email scandal’ have firmly implanted the notion that there is something scandalous about anything involving Hillary Clinton and email, including her campaign manager getting hacked or the revelation that one of her aides sometimes checked mail on her husband’s computer.”

Yglesias sees a double whammy for Hillary: she gets treated unfairly, and Donald Trump benefits from it (bolding added):

Clinton broke no laws according to the FBI itself. Her setup gave her no power to evade federal transparency laws beyond what anyone who has a personal email account of any kind has. Her stated explanation for her conduct is entirely believable, fits the facts perfectly, and is entirely plausible to anyone who doesn't simply start with the assumption that she's guilty of something.

…The very worst you can say is that, faced with an annoying government IT policy, she used her stature to find a personal workaround rather than a systemic fix that would work for everyone. To spend so much time on such a trivial matter would be absurd in a city council race, much less a presidential election. To do so in circumstances when it advances the electoral prospects of a rival who has shattered all precedents in terms of lacking transparency or basic honesty is infinitely more scandalous than anything related to the server itself.