In the final Friday segment of The Ingraham Angle, Fox News's Laura Ingraham focused much-needed attention on the public safety impact of California's refusal to cooperate with ICE's attempts to deport predominantly criminal illegal aliens in that state.

Leveraging a Department of Homeland Security press release identifying the dangers the sanctuary state's policies have created when ICE agents try to do their jobs, Ingraham declared: "Shame on you, California. People could die or be injured because you refuse to cooperate."

Ingraham's statement came after she shared "some really good news":

Transcript (link added by me):

LAURA INGRAHAM: ICE announced this week that agents arrested 212 illegal immigrants in a five-day sweep in the LA area. 195 of those arrested — that's 92 percent — have criminal records. They were either ordered deported and didn't leave the country, or they illegally reentered after deportation.

While 212 were arrested, the operation had initially targeted 400 people. But a lack of local cooperation apparently hampered efforts by ICE agents. Thanks, California.

ICE Deputy Director Tom Homan said, "Because sanctuary jurisdictions like LA prevent ICE from arresting criminal aliens in the secure confines of a jail, our officers are forced to conduct at-large arrests in the community, putting officers, the general public, and aliens at greater risk, and increasing the incidence of collateral arrests. ICE Deputy Director Tom Homan said that.

And during the operation, ICE agents also served 122 notices on Southern California businesses that their employee records will be audited.

This all shows that President Trump is keeping his promise to deport criminals and make the streets safer — even if California fights it.

That is really good news. Shame on you, California. People could die or be injured because you refuse to cooperate.

Alene Tchekmedyian's coverage at the Los Angeles Times relegated a portion of Homan's statement to her 14th and final paragraph. Her dispatch was primarily about the alleged heroics of "immigrant rights activists" (note the absence of the word "illegal") who "blocked a Homeland Security van ... from accessing the Metropolitan Detention Center" in downtown LA. 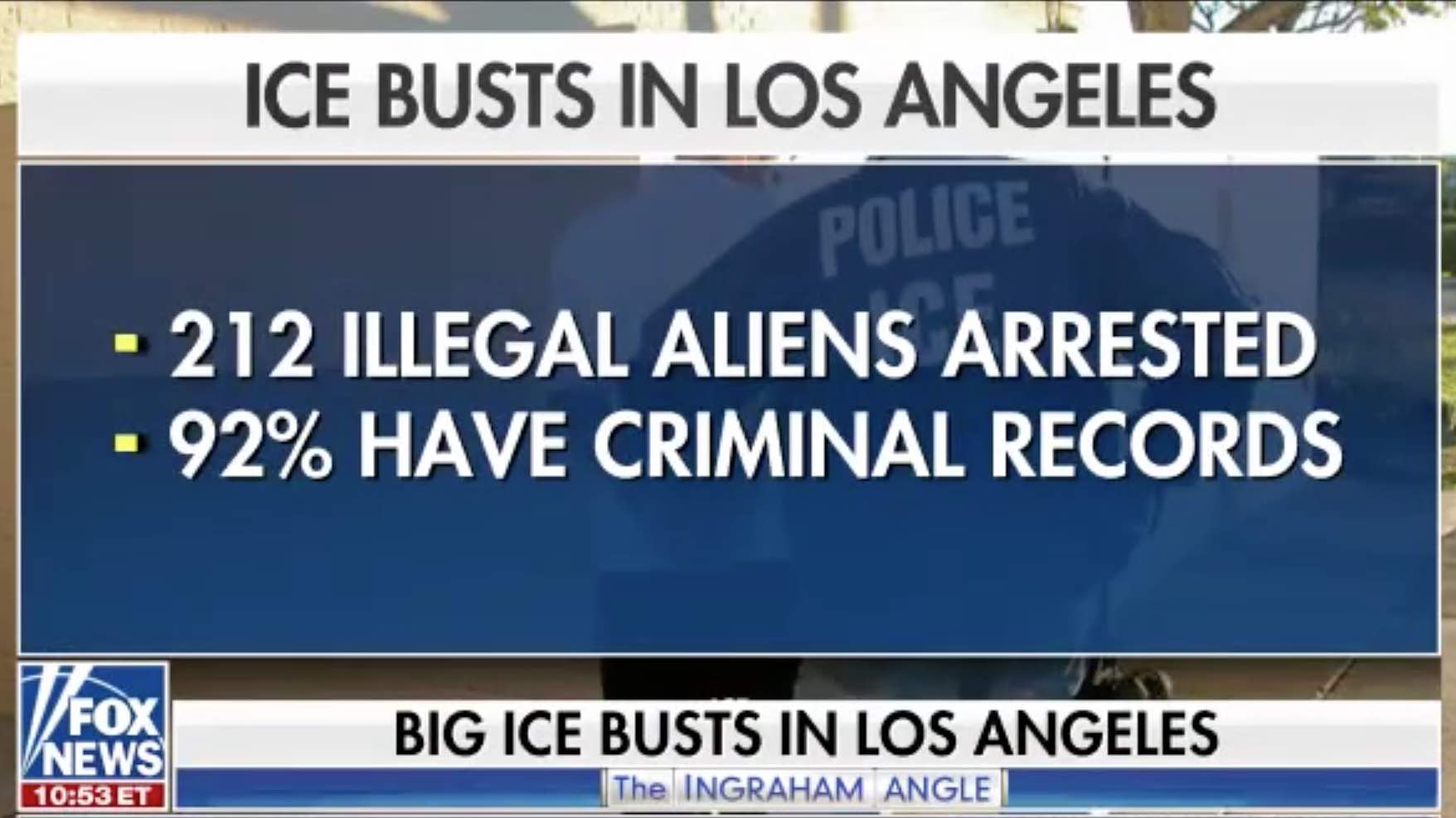 Other press outlets, including UPI and Wall Street Journal, have carried part or all of Homan's statement. The Associated Press and the New York Times were two notable and predictable exceptions.

The AP's main APnews.com site has no in-house story, but does link to a Washington Times item which appropriately covered the news. (AP appears to be outsourcing unpleasant topics to the Washington Times, which is ironic, given the hostility the paper endured in leftist circles during the 1990s.)

The AP prepared a story on the raids, but appears to have kept it away from its national feed. That short, unbylined report credited the LA Times, but failed to cite any part of Homan's statement.

Multiple searches on relevant terms at the New York Times (here, here, here, and here) indicate that the paper hasn't carried an in-house or wire service item on the raids, or Homan's damning statement.