Yesterday's news about the economy was the latest in a 7-1/2 year series of mostly regular disappointments. The government reported that nation's Gross Domestic Product (GDP) grew at an annual rate of just 1.2 percent in the second quarter, half or less of what most alleged "experts" expected. Additionally, the first's quarter's originally reported 1.1 percent growth was revised down to 0.8 percent.

The economy has grown barely 1.2 percent during the past four quarters. So even before yesterday's news, reasons to be impressed with the economy were hard to find. That didn't stop Mark Zandi, who "just so happens" to have contributed the maximum allowable individual amount to Hillary Clinton's presidential campaign in 2015, from going way over the top with praise. As reported by the Associated Press's Martin Crutsinger shortly before the GDP report's release, Zandi proclaimed that "It is amazing how resilient the U.S. economy has been," and the "The job market is just incredible."

Zandi is not an independent observer, especially now that Hillary Clinton is the Democratic Party's official presidential nominee. Despite Zandi's obvious vested interest in portraying the economy positively on her behalf, Crutsinger failed to disclose that interest. 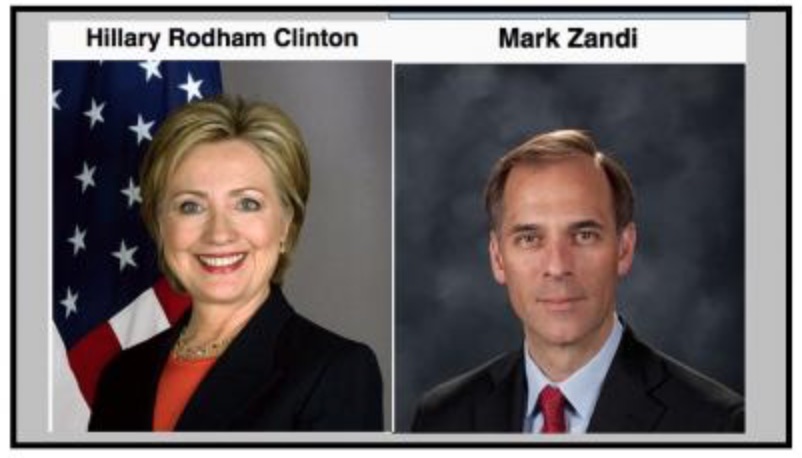 But the AP reporter stuck with the baseless, "prosperity is just around the corner" optimism which has marked his and most the rest of the establishment press's economic reporting ever since Barack Obama took office didn't (bolds are mine throughout this post):

US ECONOMY EXPECTED TO PICK UP AFTER WEAK GROWTH IN SPRING

A surprisingly lackluster economy last quarter served as a reminder of how choppy the pace of growth has been since the Great Recession ended seven years ago. Businesses pared their stockpiling and investment through the spring. But consumers - the heart of the U.S. economy - kept spending.

Most economists foresee faster, if still modest, growth the rest of this year.

... Earlier this week, a statement from the Federal Reserve had led many economists to conclude that a strengthening economy would lead the Fed to resume raising rates as soon as September. But after Friday's tepid GDP report, many said a September rate hike was now probably off the table.

In October of last year, Zandi predicted that "If everything sticks more or less to this script, the Federal Reserve will soon begin to normalize interest rates" during 2016. Oops. The Fed has raised rates only a tiny bit, and just once, and probably won't touch them for the rest of the year.

His failure here shouldn't surprise anyone. He's been predicting that the economy would soon reach "escape velocity" since 2010, and expressed a belief that it had actually happened in 2013.

Investor's Business Daily had a far more sane view of the results Obamanomics in a Friday editorial (italics are theirs):

Economists were surprised Friday when the Commerce Department reported that growth in the second quarter of this year was a mere 1.2%. But the real surprise is that anyone is surprised when the economy underperforms, since that's what it has been doing for the past seven years.

There has not been a single year in the past seven when the economy did better than President Obama promised, or that most economists expected.

Indeed, the real problem isn't the tepid growth in the second quarter, after an equally tepid first quarter. The real problem is that under President Obama's economic stewardship, the economy has grown far more slowly than it did in any of the previous 10 economic recoveries since World War II.

What this means in terms of wealth and prosperity can easily be seen when you compare the actual results under Obama to the average results of those previous recoveries.

What it shows is that, had Obama's recovery — which is now in its 28th quarter — been as robust as the average of the past 10 recoveries, the nation's economy would be $2.2 trillion — with a "t' -- bigger than it is today. That translates into more than $17,000 per household.

Memo to Mark Zandi: This is not "resilient." This is worse than mediocre at best, and a disaster at worst.

The case for it being a disaster lies in Zandi's ridiculous accompanying claim that the country has an "incredible" job market.

We could spend hours on this, but it's enough to point out that wages have been mostly flat, household incomes haven't recovered, and participation in the workforce is back at where it was in the late-1970s before the entry of millions more women into the workforce. This is not "full employment" as any normal person would define it.

Mark Zandi is not an observer anyone should be citing as an economic source unless they simultaneously disclose his conflict of interest. The best thing Zandi could do for everyone during the next three-plus months would be to refrain completely from commentary. His first major chance to abstain will be Wednesday, when the ADP private-sector payrolls report his firm compiles is released. It would not seem to be wise to bet in favor of Zandi doing the right thing.