Not News at AP: Two States Show That Minimum Wage Job-Loss 'Uncertainty' — Even at $10/Hr. — Is a Sure Thing

On Tuesday, shortly after Governor Jerry Brown signed California's $15-an-hour minimum wage legislation, the Associated Press's Michael R. Blood and Don Thompson called the move "a victory for those struggling on the margins of the economy and the politically powerful unions that pushed it."

As seen in a NewsBusters post on March 31, it's definitely a win for union members whose wages are set at a multiple of the state's minimum wage. But it's not a "victory" for "struggling" workers who will lose their jobs or not be able to become employed at the higher rate. The AP pair would only concede that "the overall goal of helping the working poor might be lessened if some employers cut jobs or, worse, leave the state." Forget the "if" on employers cutting jobs, guys. That's because, as Jeb Graham at Investor's Business Daily reported on Friday (HT Hot Air), two states which have only raised their minimums to just over $10 have already seen seasonally adjusted job losses (bolds are mine):

As the U.S. was adding about 400,000 retail jobs since the end of 2014, just three states saw retail employment decline.

... For one state, there’s no mystery. North Dakota’s entire economy has fallen into a recession with the end of the fracking boom.

... What about the two other states? It’s probably no coincidence that Connecticut and Massachusetts, the first two states to approve hikes in their statewide minimum wage to north of $10 an hour, now stand out because of retail-employment contractions.

Massachusetts has lost 2,200 retail jobs since employment in the sector peaked last July, seasonally adjusted Labor Department data show. Retail employment is down 500 from December 2014, before the first step of the state’s wage hike went into effect. 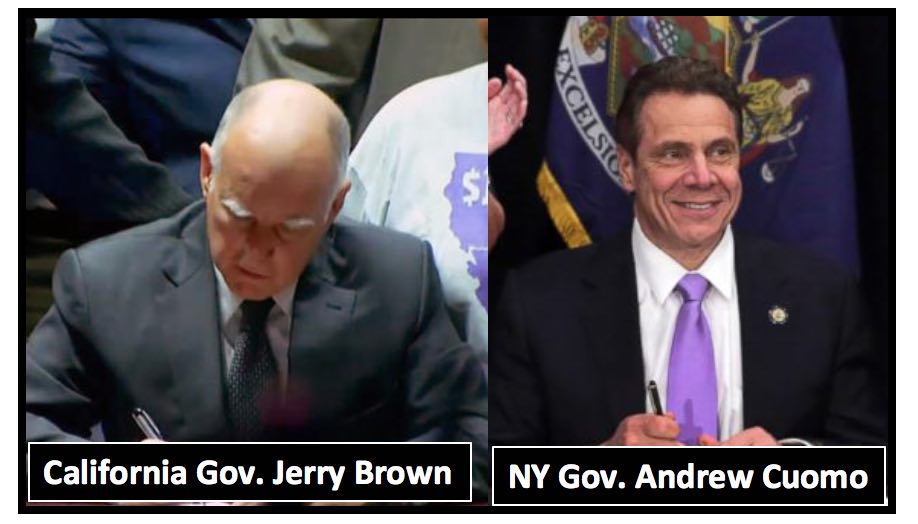 ... The White House and liberal supporters dismissed the Congressional Budget Office’s conclusion in 2014 that a $10.10 minimum wage could cost a half-million jobs. That warning was seemingly forgotten as the Fight for $15 movement emboldened the political left. But the experience of Massachusetts and Connecticut, two early movers in hiking the minimum wage north of $10, suggests that concerns about the impact of a high minimum wage shouldn’t be ignored.

As I showed in March 2014 when President Barack Obama visited Connecticut to celebrate that state's recently passed minimum-wage increase, both Connecticut and Massachusetts were already trailing the rest of the U.S. economy in 2012 and 2013 in several growth and labor-related measures.

Looking at the government's raw (i.e., not seasonally adjusted) data posted here for both retail and "food service and drinking places" further supports the points Graham made at IBD.

In Massachusetts, actual retail employment in December 2015 of 360,700 was 6,300 jobs lower than in December 2014, while Connecticut had 300 fewer such jobs. Nationwide during that same 12 months, employment in that sector increased by 261,200 jobs. Thus, the rest of the nation picked up 267,800 retail jobs while the underperforming Nutmeg State and Bay State shed a combined 6,600 retail jobs.

Actual "food service and drinking places" employment in Massachusetts at the end of last year was 300 jobs lower than at the end of 2014. Connecticut, up by 3,100 jobs in the same period, performed better, but its year-over-year advantage shrunk to only 1,100 in February. Nationwide, this sector employed 355,000 more people at the end of 2015 than it did 12 months earlier.

As I noted on Wednesday, though they never say such things when related legislation is pending, many on the left believe that the job losses such as those seen in these two states are acceptable, as an April 1 Washington Post column on the subject which was not an April Fool's Day joke revealed:

Liberal economists also see a degree of hypocrisy in the idea that job losses shouldn’t be tolerated when it comes to setting minimum wage policy.

... "Why shouldn’t we in fact accept job loss?” asks New School economics and urban policy professor David Howell, who’s about to publish a white paper on the subject. "What’s so bad about getting rid of crappy jobs, forcing employers to upgrade, and having a serious program to compensate anyone who is in the slightest way harmed by that?"

As already seen, Connecticut and Massachusetts passed minimum-wage increases, but those states  couldn't repeal the ironclad economic law of supply and demand. As a result, jobs have been lost.

Jerry Brown, New York Governor Andrew Cuomo and the Fight for $15 crowd have set those states up to see exponentially more of the same. They surely must know this, which leaves just one question: Why don't they care about "those struggling on the margins of the economy" who will be — not might be — hurt?