For the past month, the conventional wisdom about the U.S. economy has been that consumer spending and "(not really) robust" job growth will continue to prop up the economy, even as weaknesses in manufacturing, trade and other areas continue to present problems. President Obama bragged in early March that the economy is "pretty darned good now."

Today, the first of those two pillars got pulled. The countless press reports during the past 4-1/2 weeks which reassured readers that consumer spending started off the year strong — conveniently during the peak presidential primary season — are now rubbish. Today, we learned that January's originally reported 0.5 percent spike, revised down to 0.1 percent, was almost entirely fictional, and that February was also weak. Despite the disappointing news, most press reports found some "expert" who, with little genuine basis, expects a rebound.

The news was so bad that the Associated Press's Martin Crutsinger, in his 12:02 p.m. revision, uncharacteristically recognized that first-quarter economic growth is on an anemic path. Also note that AP's headline was silent on the January revision:

U.S. consumers barely increased their spending in February and spent less in January than the government had earlier estimated. The pullback led some analysts to downgrade their expectations for the economy's growth during the January-March quarter.

Consumer spending edged up a tiny 0.1 percent last month, the Commerce Department said Monday. And it revised down its estimate of spending growth in January from a solid 0.5 percent gain to a much weaker 0.1 percent, which matched December's lackluster figure.

With consumer spending, which fuels about 70 percent of the economy, off to a weak start in 2016, some analysts predict just 1 percent annual economic growth in the first quarter - half the increase they had earlier foreseen.

"Consumers got off to a soggy start this year," said Sal Guatieri, senior economist at BMO Capital Markets. But Guatieri said he still expects an acceleration as the year progresses, driven by solid job growth and low borrowing costs.

... "The good news is the consumer has plenty of powder to shoot with if the outlook starts to improve, with all the money they have set aside for a rainy day," said Chris Rupkey, chief financial economist at MUFG Union Bank in New York.

Someone needs to check what's being added to Chris Rupkey's morning coffee.

The "job growth" meme would be more credible if it turned into decent increases in wages and salaries. But in February, both "wage and salaries" and total compensation declined (remember, the figures involved are seasonally adjusted, so the fact that February was a short month is irrelevant).

CBS News, largely relying on Crutsinger's earlier reporting but also including some of its own, presented a solid headline. It also cited the wage drop just noted (Crutsinger's 12:02 p.m. report did not), but then got into the "better days ahead" game: 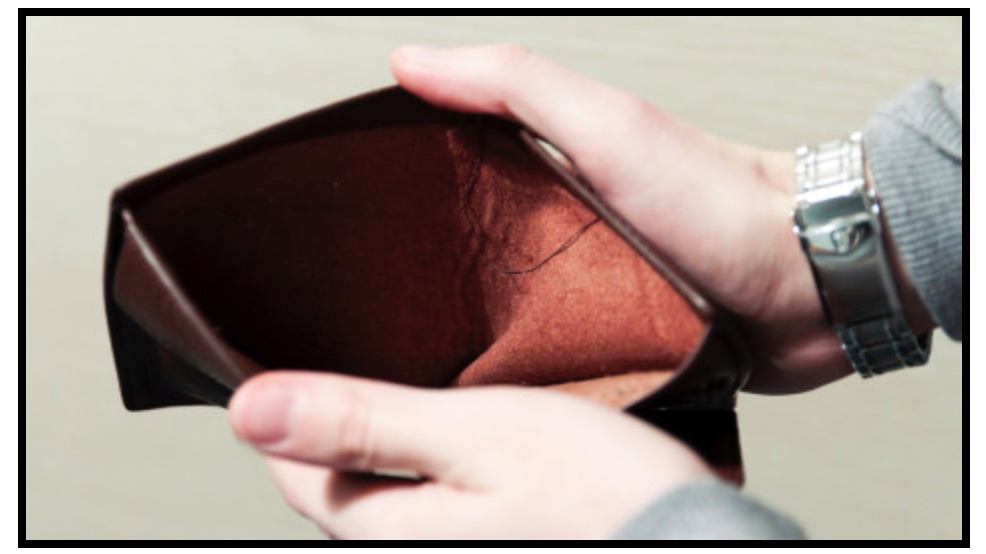 ... Personal incomes rose a modest 0.2 percent in February after a much stronger 0.5 percent rise in January. The slowdown reflected a 0.1 percent drop in wages and salaries, the first drop in this key category since September.

Despite recent weakness, economists are still looking for consumer spending to accelerate this year as solid gains in employment boost incomes and fuel more spending.

At Bloomberg News, Michelle Jamrisko included the following paragraph, which reads like it was drafted at old Soviet Union's Pravda and handed off:

The steady and slow advances in purchases over the past three months show consumers are being cautious about over-extending themselves. Robust labor conditions and savings from cheaper gasoline are nonetheless providing a solid foundation for households, whose spending is underpinning the economy.

Unsurprisingly, Jamrisko had nothing to say about the impact of today's news on projected first-quarter growth.

Lucia Mutikani at Reuters had a strong headline, but downplayed the seriousness of January's revision and included a speculative excuse for today's poor reported results. That said, her cautious tone made her report the best among those I reviewed:

U.S. consumer spending barely rose in February and inflation retreated, suggesting the Federal Reserve could remain cautious about raising interest rates this year even as the labor market rapidly tightens.

Monday's report from the Commerce Department also showed consumer spending in January was not as strong as previously reported. (Wrong: January was weak, and showed no strength. — Ed.) That, together with other data showing a widening in the goods trade deficit in February, indicated economic growth remained sluggish in the first quarter.

"It speaks to the weakening in domestic economic momentum at the start of this year, further reinforcing the Fed's cautious monetary policy bias," said Millan Mulraine, deputy chief economist at TD Securities in New York.

... Given labor market strength and cheap gasoline, economists speculated that consumption had been hampered by a massive stock market sell-off at the start of the year which eroded consumer confidence.

... In the wake of the consumer spending and trade data, economists slashed their first-quarter gross domestic product growth estimates by as much as half a percentage point to as low as a 0.9 percent annualized rate. The economy grew at a 1.4 percent pace in the fourth quarter.

I think it's safe to say that the stock market decline earlier this year, since mostly recovered, is outside noise to the vast majority of cash-strapped Americans.

I also found no interest on the part of any alleged journalist in learning how the government's Bureau of Economic Analysis could have missed January's spending increase so badly in its original estimate. If this had happened during the key primary season in a Republican or conservative presidential administration, with dubious information that just happened to make the incumbent party's economy look better than it really is, Democrats, the left, and their press apparatchiks would be demanding answers.

A month from now, we get to see how the government revises February. It's not unreasonable to expect another downward "surprise."