A Friday evening story at the New York Times covered the Obama administration's decision to "try to block the release of a handful of emails between President Obama and former Secretary of State Hillary Rodham Clinton."

In it, reporters Michael D. Shear and Michael S. Schmidt demonstrated that President Obama undoubtedly did not tell the truth in his interview with CBS News's Steve Kroft in a 60 Minutes episode which aired on October 11.

In that interview, Obama had the following to say about his knowledge of Mrs. Clinton's private email server: 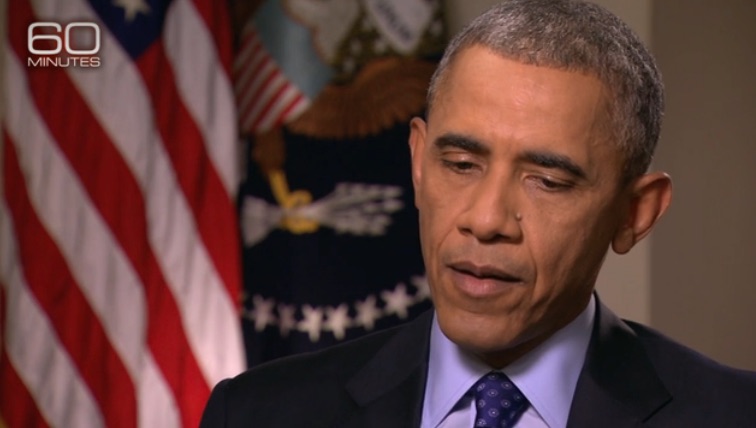 Steve Kroft: Did you know about Hillary Clinton's use of private email server--

Steve Kroft: --while she was Secretary of State?

Steve Kroft: Do you think it posed a national security problem?

President Barack Obama: I don't think it posed a national security problem. I think that it was a mistake that she has acknowledged ...

Unfortunately for Obama, as the Times reported, the latest release of Hillary Clinton emails shows that the two corresponded via email. The State Department then gave the White House a heads-up before releasing them to congressional investigators, giving the administration the opportunity to quash their release:

Mr. Obama’s direct correspondence with Mrs. Clinton was forwarded by the State Department to the White House, which has decided against release, a move likely to intensify the struggle between Mrs. Clinton and congressional Republicans, who have pressed for disclosure of her emails as part of an investigation into the administration’s handling of the Benghazi events.

So how could Obama have answered "no" when CBS's Steve Kroft asked him "Did you know about Hillary Clinton's use of private email server?"

The pair of reporters at the Times acknowledged that Obama wasn't telling the truth, and then proceeded to trot out the following lame excuses from Obama's press secretary (HT Twitchy):

The contents of the emails between Mrs. Clinton, who is running for president, and Mr. Obama have not been disclosed, but their presumed existence has not been a secret. The White House press secretary, Josh Earnest, acknowledged in March that the two “did have the occasion to email one another” when Mrs. Clinton was secretary of state.

Mr. Obama told CBS News in March that he learned about Mrs. Clinton’s use of a private email server “the same time everybody else learned it — through news reports.” Mr. Earnest later clarified that the president was aware that she sometimes used a private email address but did not know the details about how the server was set up.

Apparently the two crack journalists are the latest in a long line of media lapdogs who, having heard how Earnest "later clarified" things, didn't wonder how Obama could have stated that "I don't think it posed a national security problem" if he, as Earnest admitted, "did not know the details about how the server was set up."

The President has been caught in a obvious falsehood, and has also been caught making an assessment of the presence or absence of a "national security problem" without having the requisite knowledge to make that assessment.

This would be a screaming-headlines story in a Republican or conservative presidential administration, but it has barely been noticed elsewhere in the establishment press. For example, the Associated Press has no related story; in fact, it has no story whatsoever on the latest Clinton email release.

A Twitter-curating blog does a better job of delivering meaningful news than the entire establishment press, which should be ashamed of itself, but is instead serving as the palace guard.