Drew Magary is a regular columnist at GQ.com.

Apparently Magary, his editors and the publication's management have forgotten or don't care about what the "G" in GQ is supposed to stand for. Both the headline and the content of the writer's latest column flunk the "gentlemen's" test.

Magary also demonstrates that, unlike Carson, he is almost devoid of common sense (some profanity cleaned up but recognizable; bolds and numbered tags are mine): 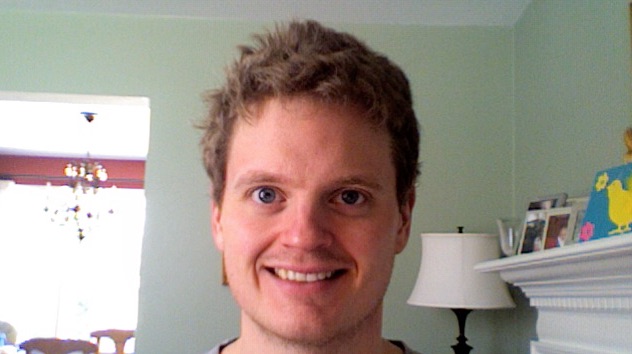 You know, the only thing more alarming than Donald Trump leading the Republican presidential field is the fact that Ben Carson is the guy right behind him. While establishment puds like Jeb! Bush and Marco Rubio can’t decide if they want to beat Trump or emulate him, the Good Doctor made it clear this week that he is not only willing to replicate Trump’s signature brand of hot-garbage-spewing, but he’ll say even DUMBER sh*t. Here is Carson from earlier in the week on the Oregon shooter:

"Not only would I probably not cooperate with him, I would not just stand there and let him shoot me. I would say, ‘Hey, guys, everybody attack him. He may shoot me, but he can’t get us all.'" [1]

Oh, but he wasn’t done yet. Carson knows a goldmine of asinine cannon fire when he sees it, so he went in again:

"I never saw a body with bullet holes that was more devastating than taking the right to arm ourselves away." [2]

“I have had a gun held on me when I was in a Popeyes organization. Guy comes in, put the gun in my ribs. And I just said, ‘I believe that you want the guy behind the counter.'"

That’s right, Carson just threw the poor cashier right under the bus. [3] Whatever happened to having everyone attack the gunman, Doctor? Does that strategy get tossed out the window when there’s a convenient low-level cashier around to take the brunt of the crossfire?

[1] — Magary doesn't recognize selflessness when he sees it. Carson is saying he'd be willing to give his life (as the leader of such an effort, he would almost certainly be the killer's instinctive primary target) so that others might live. Carson clearly assumed that he was in a "last resort" scenario. As such, believe it or not, Drew, the conventional advice is fighting back:

The Department of Homeland Security also suggests fighting back, but only as a final option. "Act with aggression. Improvise weapons. Disarm him. And commit to taking the shooter down, no matter what," the department advises in an online video.

[2] — I suspect the tens of millions of innocents slaughtered by Nazis and Communists during the past century in societies which were deliberately disarmed would agree with Carson's statement.

[3] — Here's where Magary crosses the line into breathtaking, "asinine" stupidity. The overwhelming odds in the situation Carson described are that the armed intruder was there for money. If the intruder was intent on mass murder, he would already have started firing away. Carson did not "throw the cashier under the bus." What he did is what everyone in retail and banking is told to do in a robbery situation: Give him what he wants (cash), which is what the cashier happens to be nearest to, and worry about catching him later. It's not worth losing your life over the contents of a cash drawer. And I'll bet that's exactly what happened, i.e., no one was hurt, or we'd almost certainly know otherwise by now.

GQ is clearly fine with what Magary has written, as it has tweeted a link to it.

Magary is clearly proud of what has written, as he has tweeted a link to it from his personal Twitter account.

If a writer for a well-known publication anywhere on the political spectrum aimed the F-word in a column title at Hillary Clinton, their career would be over, and the publication involved, even if it fired him or her immeidately, would be fighting for its very survival.