Did you know that the "The Gun Lobby Rewrote the Second Amendment"?

No, really. Even though not a single word contained in that amendment has changed in over 220 years, you should believe it because former Obama administration official Cass Sunstein said so at Bloomberg View on Wednesday.

This is the same Cass Sunstein who spent three years as Administrator of the White House Office of Information and Regulatory Affairs in the Obama administration. He's also the guy who in 2008 co-authored a paper advocating that the federal government engage in "cognitive infiltration of extremist groups" to debunk "conspiracy theories," alarming free-speech advocates across the political spectrum.

To no one's surprise, Sunstein cherry-picked and distorted history to engage in his own conspiracy-mongering (HT to Instapundit's Glenn Reynolds, who accurately tags Sunstein's exercise as "just embarrassing"):

How the Gun Lobby Rewrote the Second Amendment 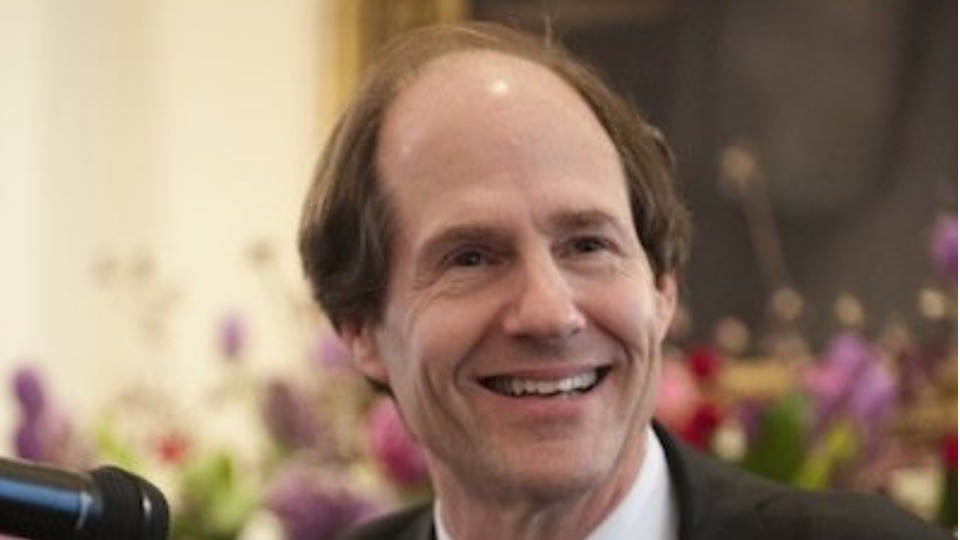 After yet another gun-related tragedy, the U.S. is in the midst of a flurry of new efforts to control people’s access to firearms. As before, those efforts are running into serious trouble. The major problem is simple: The Second Amendment has come to be seen as a constitutional barrier, and perhaps even more, a political one.

No one should take away people’s rights. But with respect to “the right to arm ourselves,” we have lost sight of our own history.

A quick quiz: In what century did the Supreme Court first rule that people have an individual right to own guns? The answer is the 21st century. It was not until 2008 -- the year Barack Obama was elected president -- that the Court initially ruled that the Constitution imposes serious barriers to gun control. And it did so only by a narrow 5-4 margin.

Pause: All that vote margin proves is that four fever-swamp gun-grabbers were on the Supreme Court at the time.

After the 2008 Heller decision to which Sunstein referred, presidential candidate Barack Obama said the following:

I have always believed that the Second Amendment protects the right of individuals to bear arms ... Today’s ruling, the first clear statement on this issue in 127 years, will provide much-needed guidance to local jurisdictions across the country.

As President, I will uphold the constitutional rights of law-abiding gun-owners, hunters, and sportsmen.

Now the President has one of his minions out arguing publicly that the court's "first clear statement on this issue in 127 years" has no historical support.

To get there, Sunstein misrepresented a New Deal-era gun law:

In the 20th century, the Supreme Court’s principal ruling came in 1939. In rejecting a challenge to the National Firearms Act of 1934, which banned possession of sawed-off shotguns, the court unanimously ruled that the ban didn't violate the Second Amendment.

The amendment's "obvious purpose" was "to assure the continuation and render possible the effectiveness of" the militia, the court ruled, and its "declaration and guarantee ... must be interpreted and applied with that end in view." Nothing about banning sawed-off shotguns interfered with a militia.

The first attempt at federal gun-control legislation, the National Firearms Act (NFA) only covered two specific types of guns: machine guns and short-barrel firearms, including sawed-off shotguns. It did not attempt to ban either weapon, but merely to impose a tax on any transfers of such weapons.

It sure looks like Sunstein was attempting to "infiltrate current discussions" with a false assertion about a very basic fact, doesn't it? Why should we trust anything else he writes?

At the end, even Sunstein even allowed himself wiggle room:

An important qualification: The text of the Second Amendment is ambiguous, and it could indeed be read in favor of an individual right; historians continue to debate the question. And because the individual right to own guns has long been a central part of American culture, if not its jurisprudence, federal judges might well hesitate before entirely denying that right.

Sunstein's is at least the second such recent exercise in historical revisionism. In May 2014, Michael Waldman, in a Politico Magazine item carrying a title virtually idential to Sunstein's ("How the NRA Rewrote the Second Amendment"), claimed that the 2008 Heller ruling was "a head-snapping turnaround" from previous court rulings.

Given that, as Cass Sunstein himself admitted, "the individual right to own guns has long been a central part of American culture," the 2008 Heller ruling was no such thing. Instead, it ratified and codified the following rendition of history:

There is no contrary evidence from the writings of the Founding Fathers, early American legal commentators, or pre-twentieth century Supreme Court decisions, indicating that the Second Amendment was intended to apply solely to active militia members.

Thus, Heller is a confirmation of an individual's natural-law right of self-defense, the undermining of which, in addition to benefitting criminals who would remain armed, has almost invariably been a central goal of statists and tyrants. The ruling should have been unnecessary, but for the fact that some big-city mayors and blue-state governors and their legislatures have chosen to pass tyrannical laws ultimately aimed at disarming their populace.

Final memo to Cass Sunstein: If you want to read about a true conspiracy to overturn the commonly understood clear meaning of the Second Amendment, go to this thorough analysis of Barack Obama's anti-gun efforts while he served at the Joyce Foundation from 1994 to 2002 — "Obama and the Attempt to Destroy the Second Amendment."

It almost worked. Author David Hardy notes that "The four dissenters (in Heller) were persuaded in part by Joyce-funded writings, down to relying on an article which misled them on critical historical documents."

We're quite fortunate that there wasn't a fifth.