In the past week, several pundits and alleged "experts" have been on a mission to tell us rubes that Hillary Clinton's email and private-server controversy doesn't rise to the level of being a scandal. They have absurdly argued that even if she "technically" violated State Department protocols and even broke some pesky laws in handling her communications while she was Secretary of State, Mrs. Clinton's actions weren't serious enough to warrant prosecution.

In making that argument in an August 27 column ("The Hillary Clinton e-mail ‘scandal’ that isn’t"), Washington Post columnist David Ignatius heavily relied on one Jeffrey Smith without revealing Smith's political connections to Bill and Mrs. Clinton and his professional advocacy on behalf of Democrats. After getting caught, while never recognizing his critics' existence, Ignatius incompletely disclosed Smith's obvious lack of objectivity in a manner which would have been barely tolerable during newspapers' dead-trees era, and which is completely unacceptable in the digital age.

James Taranto at the Wall Street Journal noted Ignatius's ignoble lack of disclosure, and also had these harsh criticisms of the Post columnist's attempt at substance (bolds are mine throughout this post):

Bumper-sticker suggestion: “Vote for Hillary. Her crimes are only technical.”

... He (Ignatuis) dwells on legal technicalities, and he also dismisses them, all in the interest of making Mrs. Clinton look innocent. He’s thinking like a defense lawyer, not a prosecutor or an investigator.

Instead of revising his original column to disclose Smith's lack of objectivity in appearance — something which would have been impossible before the digital era, but which is easy as pie now — Ignatius added the following at the end of his completely unrelated column Thursday: 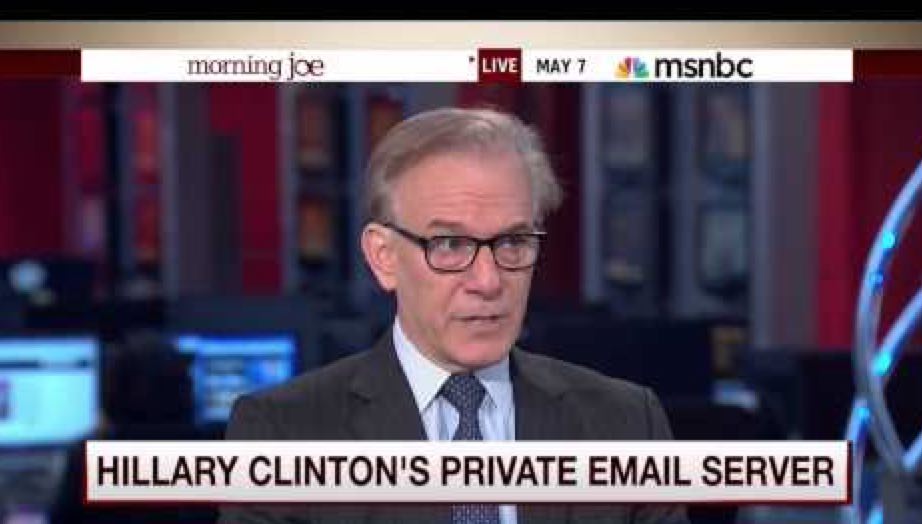 In my Aug. 28 column, "The Clinton non-scandal,” I cited the view of attorney Jeffrey Smith that there may not be any prosecutable criminal case in the apparently improper handling of classified material by Hillary Clinton and her aides. I should have noted that Smith was an adviser to Clinton’s 2008 campaign, in addition to being a former CIA general counsel.

Gateway Pundit's Taylor observed yesterday that this is incomplete:

After one week of silence by the Washington Post and columnist David Ignatius, the Post has finally published a half-hearted disclosure that the key source in his column last Friday, Jeffrey Smith, who cleared Hillary Clinton of wrongdoing in her email scandal has ties to Clinton.

The disclosure was appended to the end of Ignatius’ column published this Friday. However, it was not added to the offending column and does not disclose deeper, long-standing ties to the Clintons.

... As The Gateway Pundit reported last week, Jeffrey Smith’s ties to the Clintons go back to at least 1992.

Ignatius's and the Post's handling of the matter comes off as petulant and childish. The columnist still has what he wanted. His writeup still relies on an expert with clear conflicts of interest whose objectivity readers will have no reason to question. But he and his paper still get to claim that they responded to criticism.

I'm not impressed. Instead, I'm appalled that the Post considers this treatment acceptable.