NewsBusters Podcast: The US Hostage In Iran Rooted for Iran to Beat US? 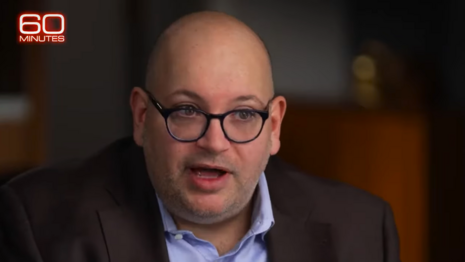 In a truly puzzling piece of clickbait, Washington Post columnist Jason Rezaian -- who reported from Tehran for the Post until he was taken hostage by Iran for 544 days -- proclaimed he was rooting for Iran to beat the USA in the World Cup soccer tournament.

Why wouldn't you root for America, since it's the American government that gained your freedom? He claimed Iran winning would be good, since it would keep the focus on Iran's dismal human-rights record.

But Bobby Ghosh of Bloomberg said his sources told him that Iranian dissidents were rooting for the USA, because they "hate their regime" and the team that represents it! There's a case to be made that teams fronting for dictatorships shouldn't be rewarded on the world stage for their tyranny.

Plus NewsBusters Associate Editor Nick Fondacaro shares the latest silliness on The View. On Monday, the lefty ladies demanded that Supreme Court Justice Amy Coney Barrett recuse herself from a religious liberty case because she was too Catholic. Then they extended that to all the Catholics on the court. Liberals never have to recuse themselves for any reason.

At least they also lamented the trashy Christmas ad campaign by the high-fashion firm Balenciaga where one child posed next to a teddy bear in bondage gear. But “conservative” Alyssa Farah Griffin was mad that they were going to aid the right-wingers and their “anti-LGBTQ sentiment.”

In a segment lamenting Elon Musk's takeover of Twitter, liberal actress Alyssa Milano insisted liberals had to stay on the platform in the new "turf war." But Whoopi Goldberg insisted liberals should leave Twitter until they figure out how they “get the control” they “need” over the platform.