Washington Free Beacon editor Eliana Johnson penned a story on Monday headlined “CNN Chief’s Republican Apology Tour.” Chris Licht has been trying to get Republicans to accept interview invitations. One hopes they expressed skepticism that a guy who's been in charge of Morning Joe and Stephen Colbert's Late Show knows anything about being nice to conservatives. 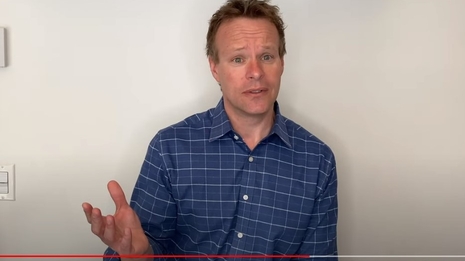 The network boss camped out in mid-July in a room on the first floor of the Senate side of the Capitol, S-120, where he asked GOP lawmakers to come talk with him privately...

Licht's message, according to one of the lawmakers who sat down with him as well as to several sources briefed on the exchanges: "We want to win back your trust."

"I think he does genuinely want that to happen," one Republican lawmaker told the Washington Free Beacon. "Put aside ideology, I think he thinks CNN sucks."

CNN spokesman Matt Dornic wouldn't comment on the private meetings, but said that "Chris has made it clear that his top priority is to make CNN a place for fair and respectful dialogue, analysis and debate." That doesn't sound like CNN in 2022, and Licht has been in charge for months now. No one's been dismissed for being too opinionated.

Republicans shouldn't be too optimistic about CNN moving "to the center." A few days ago, Licht promoted Virginia Moseley to be the executive vice president on the editorial side, overseeing CNN’s TV and digital newsgathering. She’s married to Thomas Nides, who’s been a professional Democrat since working for Walter Mondale’s presidential campaign in 1984. He was Deputy Secretary of State under Barack Obama, and is now serving as President Biden’s ambassador to Israel.

When Nides was named in 2021, the New York Post reported some CNN staffers were upset. “People are mad, they see it as a big conflict of interest, even if Virginia works in domestic news, this all still plays into domestic politics and deals closely with Biden’s administration,” a network source told The Post. “It has conflict of interest written all over it.” That conflict has only grown with the promotion.