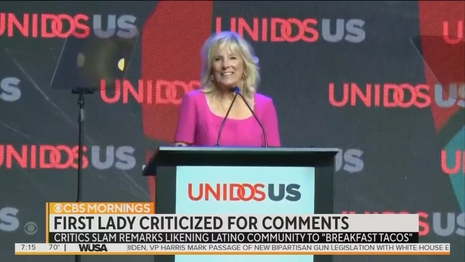 MRC Latino has accomplished several attention-getting items in recent days. "Tacogate" ended with Jill Biden's press secretary Michael LaRosa putting in his walking papers, adding to a large outflow of White House communications staffers in the first year and a half of the Biden presidency.

MRC Latino Director Jorge Bonilla joins us to discuss this and, on a much more serious note, the disturbing child-rape story of Ohio, which took a turn from pro-abortion talking point to an illegal-alien crime story. Jorge argued it was going to become a "local crime story" like Kermit Gosnell's sordid abortion mill a few years back. As a court interpreter before he became a media analyst, he had witnessed this kind of stepfather/boyfriend rape cases with minors.

The Washington Times published a story on the top of their front page on Monday quoting Jorge on the "Radio Soros" purchase of Spanish-language AM and FM stations. The purchase signals a panic that Latino voters are turning to the Republicans.

Jorge also talks about being on a panel with longtime Rush Limbaugh producer Bo Snerdley at the "Sunshine Summit" of Florida Republicans, in addition to The Washington Post publishing a hit piece on Ron DeSantis press secretary Christina Pushaw, perhaps spurred by her bashing reporters on Twitter who complained about their curtailed access at the summit.