Associated Press considers itself to be the unbiased news leader of the world "advancing the power of facts," but its Supreme Court reporting had all the usual liberal tricks in it. The "emboldened right side of the court" was at odds with public opinion. Mark Sherman began this way: 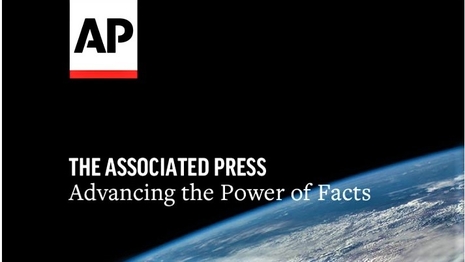 WASHINGTON (AP) — The Supreme Court on Friday ended constitutional protections for abortion that had stood in America for nearly a half-century. The decision by the court’s conservative majority overturned the landmark Roe v. Wade ruling and is expected to lead to abortion bans in roughly half the states.

The ruling, unthinkable just a few years ago, was the culmination of decades of efforts by abortion opponents, made possible by an emboldened right side of the court that has been fortified by three appointees of former President Donald Trump....

It puts the court at odds with a majority of Americans who favored preserving Roe, according to opinion polls...

The vote was 6-3 to uphold the Mississippi law, but Chief Justice John Roberts didn’t join his conservative colleagues in overturning Roe. He wrote that there was no need to overturn the broad precedents to rule in Mississippi’s favor.

Justices Stephen Breyer, Sonia Sotomayor and Elena Kagan — the diminished liberal wing of the court — were in dissent.

Then there's the assumption that Americans are pro-abortion:

The decision came against a backdrop of public opinion surveys that find a majority of Americans oppose overturning Roe and handing the question of whether to permit abortion entirely to the states. Polls conducted by The Associated Press-NORC Center for Public Affairs Research and others also have consistently shown about 1 in 10 Americans want abortion to be illegal in all cases. A majority are in favor of abortion being legal in all or most circumstances, but polls indicate many also support restrictions especially later in pregnancy.

As usual, the decision will have a racist impact: "The ruling is expected to disproportionately affect minority women who already face limited access to health care, according to statistics analyzed by The Associated Press."

And the pro-life side was represented by angry religious protesters:

Mississippi’s only abortion clinic, which is at the center of the case, continued to see patients Friday. Outside, men used a bullhorn to tell people inside the clinic that they would burn in hell. Clinic escorts wearing colorful vests used large stereo speakers to blast Tom Petty’s “I Won’t Back Down” at the protesters.