We’ve seen the liberal networks and the top liberal newsmakers lament at great length about the deadly grip that Donald Trump has on the GOP. So let’s put this story on the desk for CNN and the rest: Why are the Democrats funding Trump die-hards in GOP primaries?

Sophia Cai at Axios reports under the header "Democrats play with fire in GOP primaries":

Democratic groups are buying ads touting some of the most extreme pro-Trump candidates in Republican primaries around the country — meddling in GOP contests to set up more favorable matchups in November.

Why it matters: The risky gambit assumes general-election voters will reject candidates who embrace conspiracy theories or lies about the 2020 election. But it could dramatically backfire by vaulting fringe Republicans into national office. 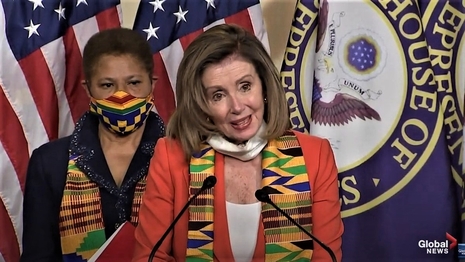 Cai noted this isn't new for Democrats.  In a Politico piece titled, "How I Helped Todd Akin Win — So I Could Beat Him Later," then-Sen. Claire McCaskill (D-Mo.) described her 2012 strategy of engineering her ultimate general election opponent. It didn't hurt when the networks devoted 96 minutes in just three and a half summer days to Akin’s claim that pregnancies can’t happen in a “legitimate rape.”

Cai concluded with the obvious point that "Hillary Clinton's 2016 presidential campaign shows how the strategy can backfire in devastating fashion: The team sought to elevate Donald Trump in the GOP primaries, believing he would be an easier general election matchup."

The Washington Free Beacon also arrived on this story of promoting Trumpers as the front-runners, with numbers: 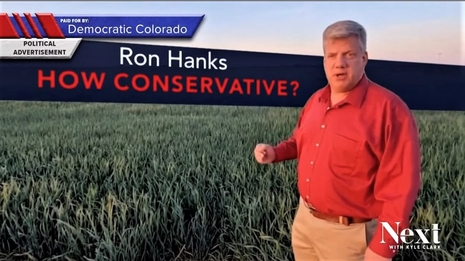 Out in Colorado, Democrats are boosting nutjobs in the Republican Senate and gubernatorial primaries. A Democratic super PAC spent $800,000 in a single week to buoy state representative and Senate candidate Ron Hanks, another diehard Donald Trump fan who showed up for the former president's last stand at the Ellipse.

Elsewhere in the Centennial State, Democrats have reserved $1.5 million in airtime to boost a local mayor and 2020 election conspiracy theorist, Greg Lopez, in the Republican gubernatorial primary. Lopez doesn't think we'll ever know who won that election: "I mean, people are still questioning and debating what happened with the Kennedy assassination, what happened with other major situations, right?"

Liberal journalists were highly agitated when Rush Limbaugh ran an "Operation Chaos" campaign in 2008 urging Republicans to vote in open primaries for Hillary Clinton to drag out the primaries. So they should at least report on this.