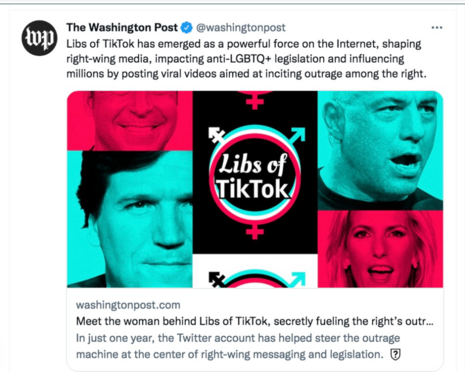 The Washington Post rolled out a 2,200-word expose on the maker of the Twitter account "Libs of Tik Tok" by their social-media columnist Taylor Lorenz. They lamented how it "emerged as a powerful force on the internet, shaping right-wing media" with their "incendiary framing." The Post can't see itself as a powerful force in left-wing media. It's obvious they can't stand the conservatives shaping anyone's narrative.

On top of that, Robin Givhan, the Post's "critic at large," penned a column trashing anyone delighted with the end of the mask mandate on public transit as "childish and selfish." In 2020, she suggested House Republicans were drinking the hand sanitizer on COVID.

We also discuss the Easter Bunny who shooed President Biden away from reporters, and the masochistic notion that the Republican Party should accept all their debates with moderators from liberal news outlets.