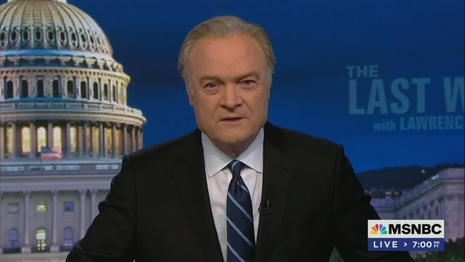 On Thursday, Eric Ting at SFGate.com reported MSNBC host Lawrence O'Donnell created controversy on Twitter for coming to the defense of Sen. Dianne Feinstein after the San Francisco Chronicle reported four senators anonymously said she was suffering from mental problems on the job.

O'Donnell, who served Sen. Daniel Patrick Moynihan as an aide from 1989 to 1995, tried to argue there's nothing new in this controversy.

"I'm struggling to come up with anything that could possibly be less exonerating than the context presented in this tweet," New Republic columnist Natalie Shure tweeted in response to O'Donnell.

Critics wanted to know if O'Donnell was seriously arguing that if Strom Thurmond did it, then Feinstein should be able do it. He said that he was not, and that Feinstein "shouldn't be" in the Senate.

"I used the word context," he wrote. "Not defense. The context explains why she's still there when she shouldn't be. It also shows this terrible idea of senators over 80 yrs old has a history. No one should ever try to do anything Strom Thurmond did. I'm surprised you didn't grasp that."