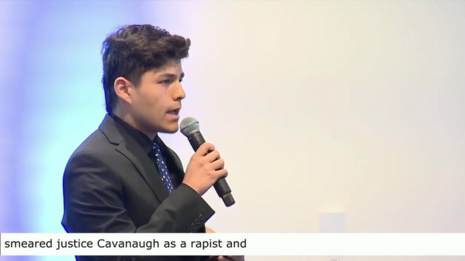 In this episode, the guest is college student Christopher Phillips of the Chicago Thinker, who is now the toast of all conservative media for throwing a rip-roaring hardball question at Brian Stelter at the recent so-called “disinformation” conference at the University of Chicago. He asked if journalistic ethics is dead? Stelter’s answer seemed to say Yes.

Stelter insulted Phillips and the public by claiming there was nothing to apologize for in how CNN mangled Russian collusion, Jussie Smollett, Brett Kavanaugh, Nick Sandmann, and the Hunter Biden laptop. Phillips said after the panel was over, Stelter came over and was bitter, angry, and "super-frustrated" at the question, even though many Americans wanted an answer. He said Stelter is "disgraceful" for trying to disparage conservative journalists as fake news.