NewsBusters Podcast: 'Uncle Joe Is Back'? Or Is He Lost? 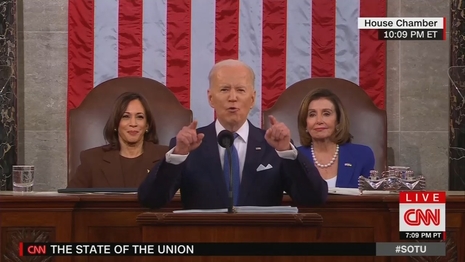 Going into the State of the Union address, journalists and pollsters discussed how the speech could be a great opportunity for a "bounce" in public opinion. But the liberal media coverage in the aftermath was divided between cheerleaders and skeptics.

Nick Fondacaro and Kevin Tober joined me to discuss the live coverage of Biden's State of the Union address. CNN's Van Jones gushed "Uncle Joe is back," but other pundits like Chuck Todd felt the speech didn't hit right, and it won't "age well."

On the Republican response, Rachel Maddow cattily dismissed Gov. Kim Reynolds of Iowa as someone who obviously isn't ready for prime-time national politics. Fact-checkers at CNN pounced on her remarks on crime and defunding the police and the Justice Department possibly spending more time on potentially terrorist school board protesters than on looters.