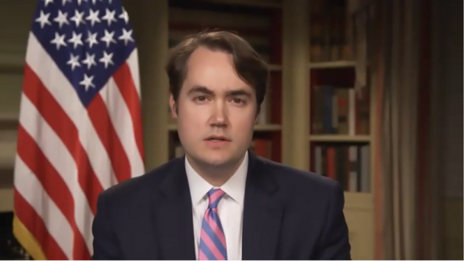 On Thursday, Dylan Stableford at Yahoo News thought it was newsworthy to elevate a very Trumpesque tweet from a White House spokesman directed at Trump and Putin. It's deputy White House press secretary Andrew Bates, who joined the Biden campaign in April 2019 as Director of Rapid Response (not Rabid Response).

“Two nauseating, fearful pigs who hate what America stands for and whose every action is driven by their own weakness and insecurity, rubbing their snouts together and celebrating as innocent people lose their lives,” Bates tweeted. 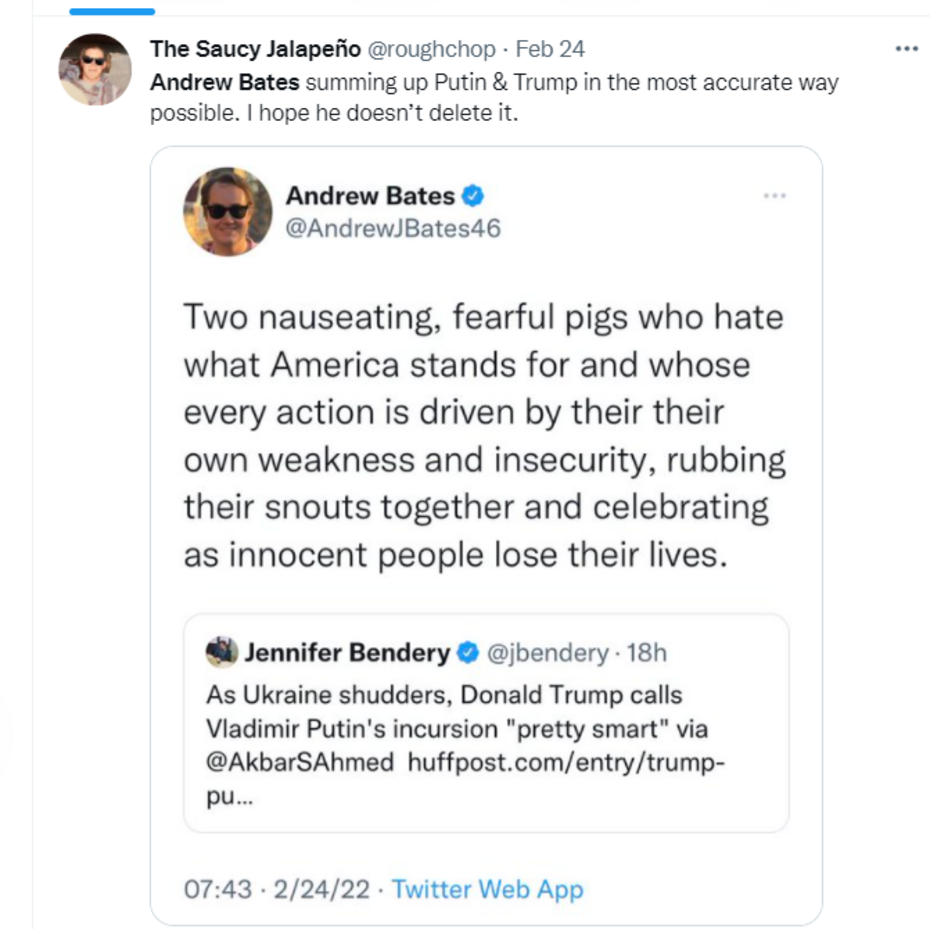 Yahoo is dutifully picking up an attack from "American Bridge 21st Century," a partisan Democrat opposition research outfit. Bates worked for American Bridge for two years before hopping aboard the Biden campaign.

Ukraine is not just a hot piece of real estate to build some malls, and Trump has a bad habit of praising the smarts of some horrible people. But the Democrats and their media colluders tend to ignore or downplay the next passage, where Trump says this invasion wouldn't have happened if he were president.

Last year, Bates didn't take it well when the Wall Street Journal editorial board mocked his spending-bill spin by saying “One requirement of a modern political flack is being incapable of embarrassment.” That's certainly true of this Ukraine tweet.