If there's anyone who defines the term "First World Problems," it's Kathy Griffin. In the latest of a series of liberal-media sob stories, The New York Times on January 19 promoted how "Kathy Griffin Is Trying to Get Back on the D-List."

The Times included a friendly photo showing Griffin mugging at the pool at her mansion, and features reporter Katharine Rosman noted "She does not lack for money — she says her net worth is $50 million — but she craves the one thing that has driven her for decades: work."

Griffin wanted her wealth underlined: "Griffin’s house is a modern, boxy white structure of 8,200 square feet sitting on 1.8 acres in the hills overlooking the Pacific Ocean. She bought it in 2020 for $8.8 million, which I know because Griffin sent me the Zillow listing before I visited." 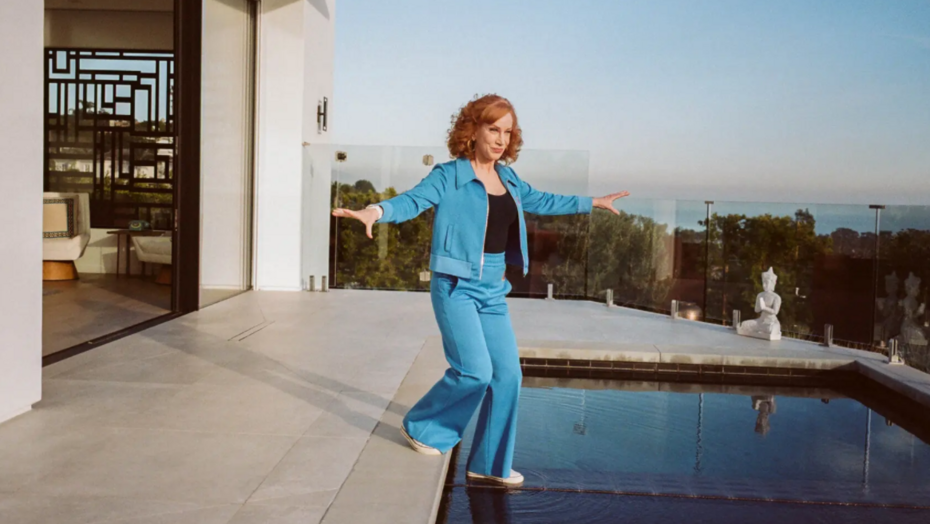 The Times also published a "Kathy Griffin is (or should be) back" story in July 2019. Can you really consider yourself canceled (or "erased," whines Griffin) when the liberal papers keep promoting your sad career?

Kathy Griffin, seeking a career rebirth since a Trump joke gone wrong in 2017, is asking who among the canceled gets a second chance and says she wants to "get back to making people laugh." "More than anything else, that’s what has been robbed from me." https://t.co/Sm2zO6BdvZ

The Twitter buzz around this article was about Griffin complaining that CNN boss Jeff Zucker cut her pay after the demanded a raise for her perpetually annoying New Year's Eve schtick with Anderson Cooper -- which had been $80,000. "I just started screaming. 'I’m Kathy [beep!] Griffin, Jeff, that’s who I am.' She then said to him, 'I would really feel a lot more comfortable showing up if I got paid what I deserve.'”

The New York Times is publishing articles asking you to feel sorry for a woman who's been overpaid to take her shirt off, or kiss Cooper's crotch on camera, because she's wacky. She's been "robbed," can't you see?

They lined up (or Griffin lined up) supporters to lecture America.

The director and producer Judd Apatow said that if America is still mad at Griffin, its priorities are messed up.

It is “seriously out of whack,” he said, “that she is struggling to get things back on the rails because something went too far in a photo” meant to satirize a polarizing politician who was making life-or-death policy decisions.

But it seems like it's not "America" that is letting Griffin down. It's Hollywood, and Manhattan. Griffin also expressed bitterness that CNN supports her replacement Andy Cohen telling Bill DeBlasio "sayonara, sucka" and kept Jeffrey Toobin after his Yank Your Doodle scandal.

Griffin spies a double standard in the whole situation, noting that other rebuked figures, like Dave Chappelle and Jeffrey Toobin, have seen their careers relatively unaffected or have regained their professional footing more easily. Or maybe it’s the patriarchy, which Griffin frequently invokes, amid expletives.

Decrying the patriarchy from poolside at your mansion. Can't we all feel her pain?