The Los Angeles Times is freaking out. TV critic Lorraine Ali (formerly of Newsweek) sounded the alarm Wednesday under the headline “The crisis of democracy is a media crisis. And the mainstream press is losing”!

Ali laments that a right-wing media exists…and that somehow Facebook is a part of it: 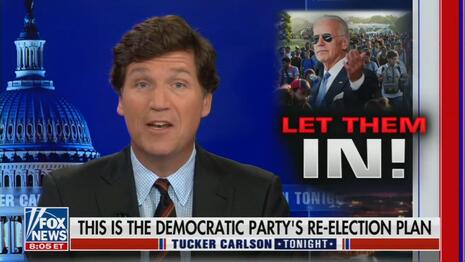 The long-haul chaos culminated in 2021, exhausting traditional newsgathering organizations while energizing the far-right media. Fox News, social media juggernaut Facebook and a constellation of hard-right outlets reveled in the fear of uncertain times, sowing doubt among their followers about the election outcome, vaccinations and the alarming wokeness of Sesame Street. Toxic entertainment for toxic times, still in demand, even after their showy champion lost the White House.

In Ali’s fantasy world, Fox is toxically opinionated, and the ‘traditional” news media are worthless and weak:

To be fair, the D.C. press was already depleted, thanks to covering a new fresh hell every hour since 2016. Disproving disinformation (i.e., doing their job) made them targets of a president and a press arm that advocated violence.

Hold on now. Conservative media "advocated violence"? As in Kyle Rittenhouse's self-defense? Conservative media rooted in favor of the January 6 rioting? Are we to believe the Los Angeles Times didn't provide sympathetic coverage of 2020 riots in Los Angeles? They did. Ali's fantasies kept spilling: 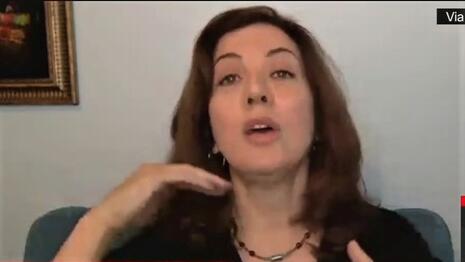 Who can blame them for breathing a sigh of relief when Joe Biden’s presidential win promised them a respite of politics as usual. So as they reverted to politics-as-sportsball storylines .... the ongoing attack against our democracy became the new, uncovered war in America[n] media. Now, we no longer have to wonder what happens when one player of a two-party system devolves into extremism and takes a significant chunk of the media with it.

Meet the Press host Chuck Todd, ABC’s World News Tonight anchor David Muir, CNN+ newcomer Chris Wallace and other respected TV reporters and commentators who forged their careers in the Before Times continue to play by the rules of good journalism: Stick to the facts, remain impartial, present differing viewpoints.

In what world are ABC and NBC "impartial" these days? How could Ali somehow have missed the hours and hours of TV news stories promoting "voting rights" and attacking the Republicans as "Jim Crow 2.0" for advocating a simple voter ID at the polls? It's like Ali doesn't get CNN and MSNBC on her TV. She concluded:

After an overwhelming year, in a challenging-in-the-best-of-times business, it might seem harsh to blame the old-school press for not assembling the pieces of the puzzle into a warning siren for our system of government. But it isn’t enough to hope that 2022 will magically offer solutions to either our media crisis or our democratic one. It will require swift and forceful change. Otherwise, the joke’s on us.

What Ali is suggesting there is what the Left often suggests: that if they don't achieve "swift and forceful change" -- like maybe removing "hard-right" news outlets from cable systems? -- then "democracy" is on the bubble. Democracy and leftist victory become the same result.