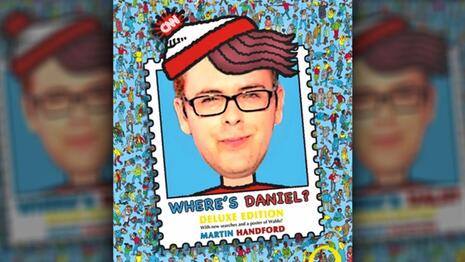 Andrew Stiles at the Washington Free Beacon noticed that CNN "fact checker" Daniel Dale hasn't tweeted anything since September 17, when he tweeted "I'm gone for a while goodbye everybody."

It could be a nice vacation, maybe in his native Canada. But most news junkies can't avoid Twitter, even on vacation.

Stiles joked this was a metaphor for his work post-Trump:

Since Joe Biden, a Democrat, was sworn in as president (and Trump was banned from Twitter), Dale has been conspicuously less prolific, and is no longer a ubiquitous presence on CNN. In mid-September, after months of ruthlessly holding minor Republican officials and cable news personalities to account, the celebrity fact-checker quite literally went missing....

An analysis of Dale's published work suggests fact-checking Biden was merely a tangential aspect of his job. Of his 24 most recent fact-checks for CNN, just five involve the president. The vast majority are devoted to GOP lawmakers, "conservative tweeters," "right-wing circles," and "a bodybuilder named Justin Y. O'Donnell," among others.

The most recent fact-check involving Biden was published on Sept. 3, when Dale dinged the president for "inaccurately recalling" (on numerous occasions) that he visited the Tree of Life synagogue in Pittsburgh following the deadly shooting there in 2018. (He did not.)

Dale had already gone missing by the time Biden promised that "people will pay" in response to photos of Border Patrol agents on horseback using "whips" on Haitian migrants on the southern border. The claim that agents were using whips was completely false, though fact-checkers at CNN and other outlets were not very interested in correcting the record.

Stiles noted that in Dale's absence. the CNN Fact Checkers are aggressively going after Marines at Trump rallies...and Dale & Co. remain obsessed with Trump's false 2020 election theories, as you can tell from their home page:

'Incredibly dangerous': Trump is trying to get Big Lie promoters chosen to run the 2024 election

'A constitutional amendment and a time machine': Fact-checking calls to decertify the 2020 election