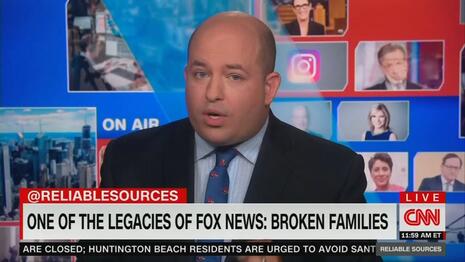 Fox News Channel debuted on October 7, 1996, so they're celebrating their 25-year anniversary, and conservatives across America can celebrate the arrival of a network that broke up the monopoly and the monotony of the liberal TV "news" shows.

But CNN host Brian Stelter trashed Fox as a network full of "darkness," the badly clogged heart of the GOP. They "smothered" America in patriotism after 9/11, and then there was the sexual harassment of Roger Ailes. This is a weak argument coming from Stelter, whose own network still carries Jeffrey Toobin, Chris Cuomo, and Don Lemon despite their alleged sexual offenses.

Speaking of smothering, most of the liberal networks (except CNN) smothered the story of Vice President Kamala Harris pandering to a student at George Mason University who accused Israel of "ethnic genocide," like they were little Hitlers.

Enjoy the podcast below or wherever you enjoy your podcasts.