The fact-checkers at Snopes.com haven't done a single fact check on President Biden's statements since the Taliban took over Afghanistan. But they did do a fact check on October 18 attacking President Trump for being soft on the Taliban. A meme by the leftists at Occupy Democrats was ruled "Mostly True." The Snopes headline was “Did Trump Admin Get Taliban Leader Out of Pakistani Prison?”

Snopes only checked the meme, and not the language that came with it on Facebook. It wasn't apparently false to boast "This is ALL on Trump!" 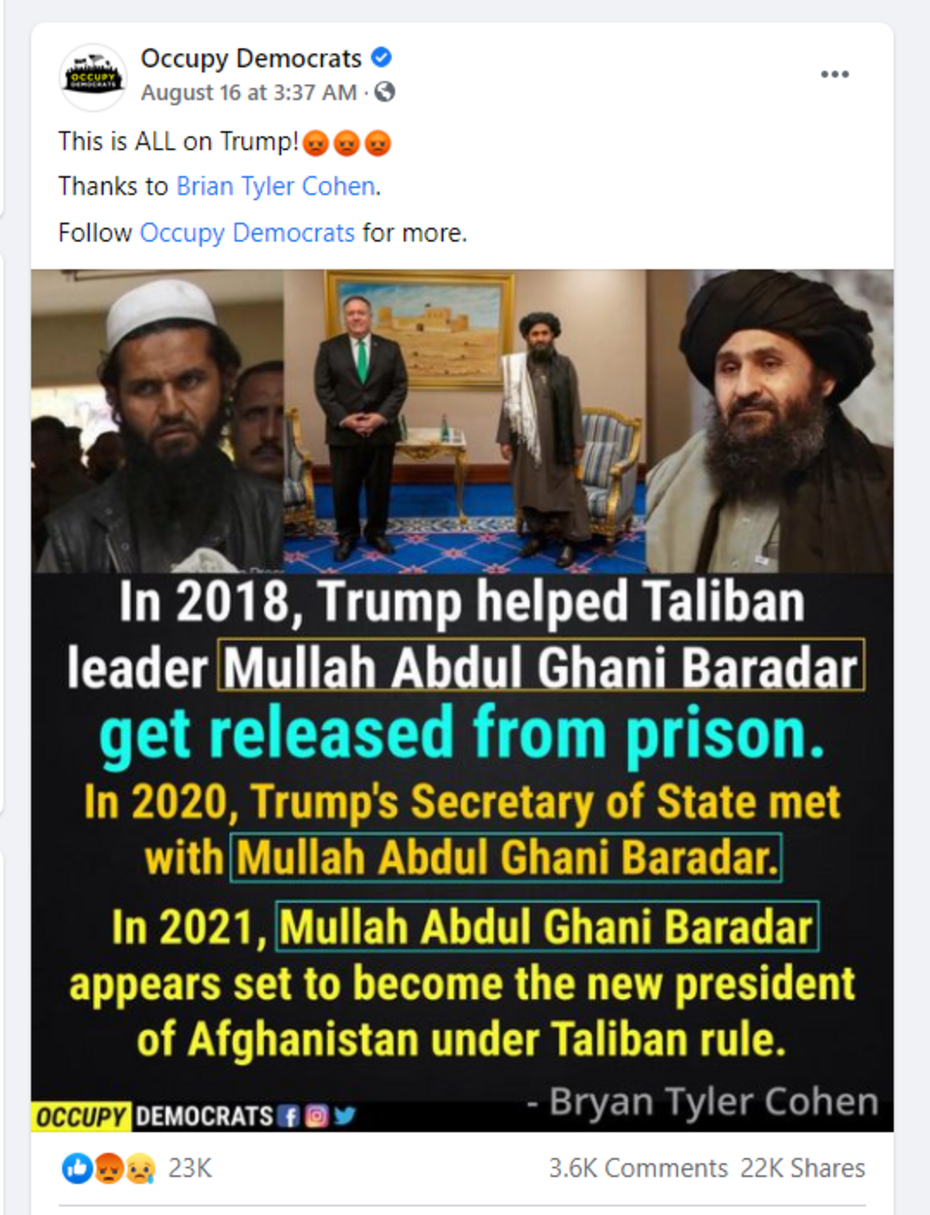 When a liberal is targeted, the "independent fact checkers" often suggest conservative critics are "Missing Context." Well, in this case the missing context is this: Trump’s State Department pressured Pakistan to release Mullah Abdul Ghani Baradar of the Taliban as a ploy to help peace talks between the Taliban and the Afghan government. It wasn't out of admiration. The Occupy Democrats meme suggested Trump’s team sprung this terrorist from prison, and Secretary of State Mike Pompeo validated him with a meeting....without any reference to trying to help peace talks.

Mullah Abdul Ghani Baradar was released from prison in 2018 by Pakistani officials after pressure from the U.S. government under the Trump administration. A photograph accurately shows that he met with then-Secretary of State Mike Pompeo in September 2020 to launch peace talks.

The Taliban has not announced its current government or the role Baradar will play in it yet. 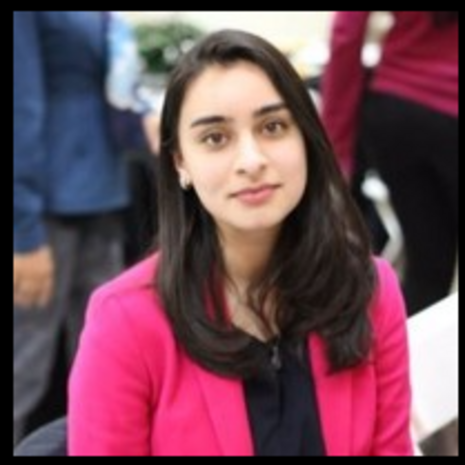 The byline on this Snopes piece was Nur Ibrahim. So I decided to look up her LinkedIn page. Get a load of this resume.

Ibrahim graduated from Harvard in 2013, and was hired by …the Arab propaganda network Al Jazeera, where she worked for four years.

Then came 10 months at Comedy Central as a segment producer for The Opposition with Jordan Klepper. That program failed in the half-hour time slot after The Daily Show, just like The Nightly Show with Larry Wilmore.

Then came a year and five months producing for the Nexis program Patriot Act with Hasan Minhaj. The Newsweek website noticed in 2020 that Ibrahim tweeted on that show she suffered "the experience of being humiliated and gaslit, targeted and ignored," and she doesn't like to dwell on it, because 'I sink back into days of depression."

She added: "The show was a necessary and important one, and I am proud of my work there to this day. I am also grateful for the opportunities it gave me. But I wonder if it was worth the mental anguish I went through over my last few months there."

And: “I wish we still had Patriot Act. I also wish they truly practiced the progressive ethos they cultivated on screen. Then they would really deserve all your love.”

Then she was hired by Snopes...from Al-Jazeera to comedy shows to "fact checking." It's all a young worker's career of cultivating a "progressive ethos on screen."