CNN Says CNN+ Service Will Not Be Liberal, 'We're Not an Opinion Network' 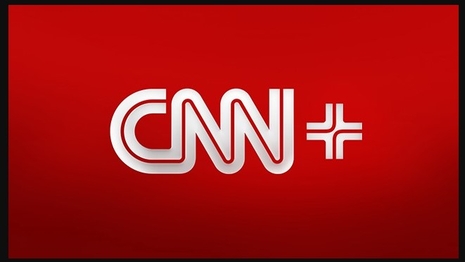 CNN announced with great fanfare that they’re creating a “CNN Plus” streaming subscription service for the first quarter of 2022. Chief digital officer Andrew Morse laid it on thick in the press release: “As the most trusted and recognized name in news, CNN has unrivaled global reach, world class talent and a deep existing library of content, including award-winning series and films.”

But it became truly bizarre/hilarious when Morse told the "Strictly Business" podcast at Variety there would be no “political slant” to CNN Plus content.  Andrew Wallenstein tried to define the personality of the new venture.

WALLENSTEIN: Is it more irreverent? Is it less traditional? Is it more ideological, I have to ask? Is it going to be something that, you guys are known as the liberal network, and if you really want to go "deep lib," here's CNN Plus?

MORSE: I don't think anyone who's looking for "deep lib" would seek out CNN. It's just not what we do. But no, it’s not going to be ideological. We’re just not in that game. We’re not an opinion network, we’re a news network.”

So you’ll be able to watch Kamau Bell ask giggly softballs to Antifa or the CNN Films love letter to RBG, but “it’s not going to be ideological.” Morse claimed people turn to CNN for "trust," for "credibility," for "authenticity," for programming that's "smart and entertaining."

Brian Stelter's in-house story quoted his boss Jeff Zucker bragging "we will offer consumers a streaming product that grows the reach and scope of the CNN brand in a way that no one else is doing. Nothing like this exists.”

Nothing? But Stelter admits the other networks have free streaming services, and then "Fox News has a three-year-old streaming service called Fox Nation, but it is billed as an “entertainment” product, and is largely known for right-wing opinion programming."

It's obvious that "growing the CNN brand" is going to rely on "left-wing opinion programing" and "entertainment product," since they will expand on shows like actor Stanley Tucci's foodie tour of Italy.