Time magazine is still that crazy Trump-obsessed magazine that can't be objective in any way about the last president. In the July 19/26 issue, the "7 Questions" interview is with CNN senior legal analyst Elie Honig, who has a vicious new book on William Barr titled Hatchet Man: How Bill Barr Broke the Prosecutor's Code and Corrupted the Justice Department. It comes with book blurbs from Trump-haters like Sunny Hostin, Max Boot, and George Conway.

These "questions" from Time writer Philip Elliott read like questions handed to him by Honig's publicist: 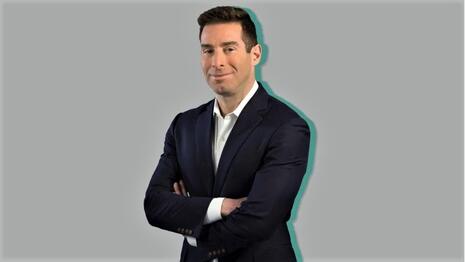 You don’t mince words here. In the introduction, you call Bill Barr “a liar” and “a political partisan with an extremist dystopian worldview.” At what point did you come to this conclusion?

Time and time again, we saw things that scholars and practitioners like yourself called wrong if not outright unconstitutional. Why did nothing matter?

Moving outside the formal powers of government, did Trump hire the absolute worst attorneys available to him?

This isn't supposed to be a publicity pamphlet, but that's how it reads. Elliott also asked Honig "Did Bill Barr know better?" Honig's answer was the pull quote in all caps: "When he got in office this time...he really went off the rails."

Elliott even implied Barr should be convicted for misconduct! "Talking about the Roger Stone case, this was the one time in the 80,000 cases that DOJ handles a year that the AG stepped in. Would a jury convict AG Barr for, say, misconduct on that circumstantial evidence?" Honig put the brakes on that hype. Barr didn't commit a crime, but it was "an abuse of his power."

A couple of the 7 Questions were edited for the magazine. Online, Elliott asked "You were in the same boat as a lot of us here in D.C. — that we were just so happy to be done with the drama of the messy Jeff Sessions era — in that we overlooked what was incoming. How did we get that wrong?" 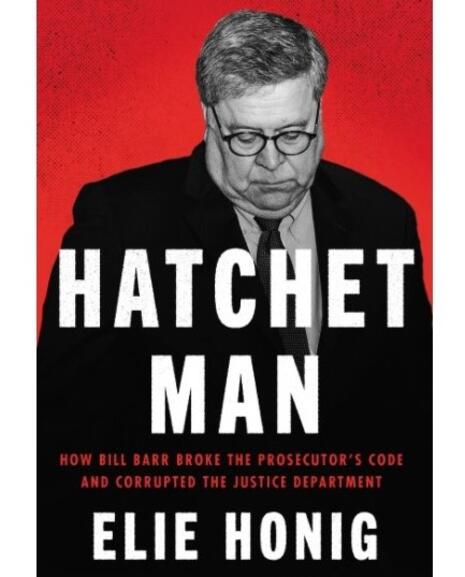 In the magazine, the demise of messy Sessions was excised, and it became "You were in the same boat as a lot of us here in D.C. in that we overlooked what was incoming when Barr was nominated. How did we get that wrong?"

The other edited question in the magazine was: "Prosecutors’ credibility is the cornerstone of the whole system. How does A.G. Merrick Garland get us back to that place?"

Editors took out Elliott's explanation of Honig's ethical obligations: "You had to boot someone from a case for raising money for a charity 5k. Early in your career, you had to step away from a case because your dad’s law firm was involved in previous iterations of it. It seemed like during the Trump era, no one really cared about that."

Our question to Elie Hatchet might have been "You titled this book Hatchet Man, but this sounds like a hatchet job on Bill Barr. Should anyone really trust you as some kind of voice of nonpartisan reason on politicized prosecutors?"