SHOCKING Rasmussen Poll: 58 Percent Agree That Media Are 'Enemy of the People'

This is shocking. The latest phone and online survey by Rasmussen Reports found voters overwhelmingly believe “fake news” is a problem, and a majority -- 58 percent! -- agree with former President Donald Trump that the media have become “the enemy of the people.”

To be precise, Rasmussen found that 58% of likely U.S. voters at least somewhat agree with the statement that the media are “truly the enemy of the people,” including 34% who "strongly agree." Thirty-six percent don’t agree, including 23% who "strongly disagree." Fully 76 percent of Republicans and 61 percent of independents agreed. 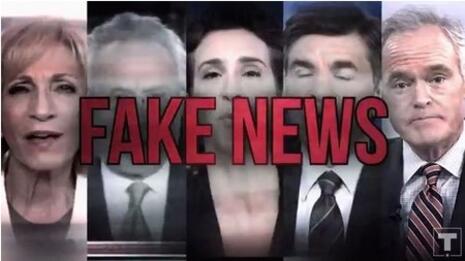 Do you trust the political news you are getting? They found 37 percent say they trust the news they're getting, compared to 43 percent who don't trust it, and 20 percent who are not sure.

How serious of a problem is “fake news” in the media? Eighty-three percent said it was a serious problem, and only 14 percent disagreed. Ninety-two percent of Republicans agreed, compared to 82 percent of independents, and 74 percent of Democrats.

The poll, conducted July 7-8, surveyed 1,000 likely voters. It has a margin of plus or minus 3 percentage points.

With numbers this bad, the media will try to insist the poll must be wrong.