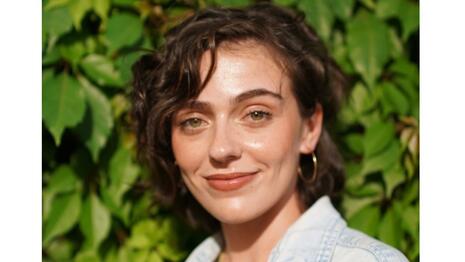 In his newsletter, Brian Stelter wrote “This case is getting a ton of attention among media types on Twitter.” Jeremy Barr of The Washington Post reported Emily Wilder, a brand-new staffer at The AP, was fired this week, evidently for "tweets of hers referencing her advocacy for the Palestinian people and opposition to the actions of the Israeli government."

Wilder said she was not told which of her social media posts had violated company policy, just that “I had showed clear bias.” A spokesperson confirmed that “she was dismissed for violations of AP’s social media policy during her time at AP.”

Last Sunday she tweeted on Israel:

“objectivity” feels fickle when the basic terms we use to report news implicitly stake a claim. using “israel” but never “palestine,” or “war” but not “siege and occupation” are political choices—yet media make those exact choices all the time without being flagged as biased

On Monday, the Stanford College Republicans flagged a post that Wilder made in college, characterizing her as an “anti-Israel agitator” and criticizing the Associated Press for hiring her. At Stanford, she was an active member of the pro-Palestinian groups Jewish Voice for Peace and Students for Justice in Palestine. In the old post, Wilder described Sheldon Adelson, the late Las Vegas billionaire and staunch Jewish supporter of Israel, as a “naked mole rat-looking billionaire.” She also wrote an op-ed in the college paper when Ben Shapiro came to campus which proclaimed "There's no shortage of think pieces on why Ben Shapiro is a little turd."

That spurred critiques from FoxNews.com, The Federalist, and The Washington Free Beacon at a time when Israel and Hamas are a hot story...which then looks like conservatives got her fired, which probably drew the attention of Stelter's "media types on Twitter." For example: "Amazing how quickly a talented young reporter's career can be snuffed out by a Twitter mob that decided to feign outrage over some college tweets," tweeted the Washington Post "Fact Checker" Glenn Kessler.

“This was a result of the campaign against me,” she said. “To me, it feels like AP folded to the ridiculous demands and cheap bullying of organizations and individuals.” She attacked the AP's social-media policy as "nebulous, almost by design." It sounds plain: “AP employees must refrain from declaring their views on contentious public issues in any public forum and must not take part in organized action in support of causes or movements.”

Let's agree. It is just strange for a liberal news service like AP to fire someone for "declaring their views...in any public forum" when just this week, AP's Jonathan Lemire was co-hosting the opinion show Morning Joe on MSNBC, trying to set up Michael Steele, suggesting Senate Republican leader Mitch McConnell was engaged in a "cynical political play" to oppose an "independent" commission the January 6 riot.

No one got fired when AP's obituary of Rush Limbaugh began by declaring a view: "Rush Limbaugh, the talk radio host who ripped into liberals and laid waste to political correctness with a captivating brand of malice that made him one of the most powerful voices in politics," died, and although he said he was a harmless little fuzzball, he "often trafficked in lies and conspiracies with contempt for his opposition that often veered into cruelty."

So Emily Wilder has a point. If the Post reporters feels so strongly, they could talk to their new boss Sally Buzbee...who's coming over from running AP.

media is full of ppl who rebranded from open conservative activism. in fact they'll get jobs for that reason, pitching themselves as ~ideologically diverse~ in a supposedly liberal industry. same path doesn't exist for activist left https://t.co/54dlYx5S8K