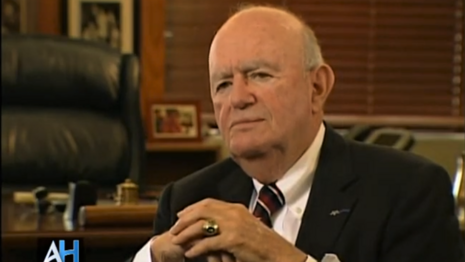 Liberal journalists were upset on Friday when Laurence Silberman, a Reagan-appointed judge who's now in senior status (semi-retired) ripped into the partisan and censorious behavior of the liberal media and Big Tech.

At Politico, Josh Gerstein used the passionate words: "Silberman’s diatribe, contained in his dissent in a libel case, amounted to a withering, frontal assault on the 1964 Supreme Court decision that set the framework for modern defamation law — New York Times v. Sullivan." Later, he added it was a "blistering judicial rant." Let's guess Politico never used words like this for Ruth Bader Ginsburg's opinions.

Even worse, Silberman praised Clarence Thomas: “Justice Thomas has already persuasively demonstrated that New York Times was a policy-driven decision masquerading as constitutional law.” Making a libel plaintiff have to prove "actual malice" in abusing the truth is almost insurmountable. You'd have to probe their inner thoughts, or maybe find them now in their social media posts.

Mark Joseph Stern of the liberal sandbox Slate was also upset at the impertinence of Silberman's "truly wild dissent" toward the opinion-curating-and-curtailing elites:

A "truly wild dissent" would say these papers are "virtually" broadsheets! I mean, look at their front pages!

The case centers on a 2018 report from Global Witness Publishing that accused Liberian government officials Christiana Tah and Randolph McClain of accepting bribes from Exxon. The majority in this case ruled in favor of Global Witness, finding no "actual malice."

“The increased power of the press is so dangerous today because we are very close to one-party control of these institutions,” the judge declared. “Although the bias against the Republican Party—not just controversial individuals—is rather shocking today, this is not new; it is a long-term, secular trend going back at least to the ’70s….One-party control of the press and media is a threat to a viable democracy.” 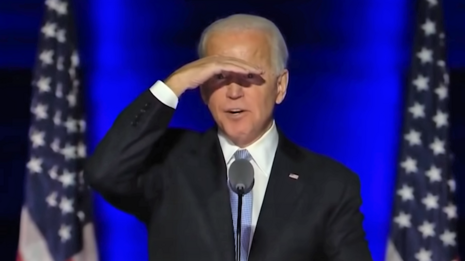 He said "The New York Times and The Washington Post, are virtually Democratic Party broadsheets. And the news section of The Wall Street Journal leans in the same direction. The orientation of these three papers is followed by The Associated Press and most large papers across the country (such as the Los Angeles Times, Miami Herald, and Boston Globe). Nearly all television—network and cable—is a Democratic Party trumpet. Even the government-supported National Public Radio follows along."

Silberman cited Facebook's and Twitter's suppression of the New York Post when they produced a major scoop from acquiring Hunter Biden's laptop late in the 2020 campaign. "Silicon Valley also has an enormous influence over the distribution of news. And it similarly filters news delivery in ways favorable to the Democratic Party."

“Repression of political speech by large institutions with market power…is—I say this advisedly—fundamentally un-American,” Silberman wrote in a footnote. “As one who lived through the McCarthy era, it is hard to fathom how honorable men and women can support such actions.”