In case you thought the “news” media wasn’t radical enough: The Boston Globe opinion staff is teaming up with radical-left “anti-racist” professor Dr. Ibram X. Kendi to create a new website called The Emancipator, an “abolitionist newspaper” on the internet to abolish racism like America abolished slavery.

If you haven’t heard, Dr. Kendi thinks denying racism only proves you’re racist. And “ending racism” is somehow not an impossible or utopian goal.

In an introductory video, Boston Globe opinion editor Bina Venkataraman proclaims “The Emancipator aims to resurrect and reimagine anti-slavery publications in the 19th century for the 21st century and the movement to achieve racial justice.” She claims the goal is to “enrich our debates,” but it sounds more like the goal is to "provoke progress," to drag our debates into radical “solutions” like reparations. 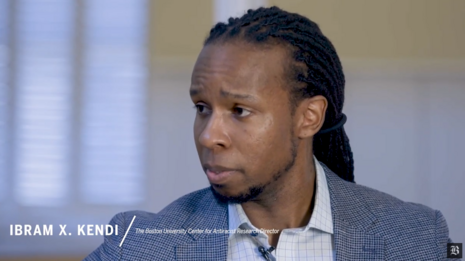 MARTINEZ: Ibram, in 2021, what is an abolitionist newspaper?

But the NPR host expressed disappointment this was an editorial-page project, not a newsroom project: "You know, many newsrooms around the country have struggled to deal with editorial racism, things like what stories are chosen, how they're framed. Bina, you're the editorial page editor at The Globe. So why isn't this a part of that newsroom?" Venkataraman reassured him this was about progress, not debate with right-wingers: "let's not ask whether we want a racially just and equitable society. Let's instead ask how we get there and produce a project of ideas and opinion journalism that answers that question."

Martinez replied: "Bina, I got to admit, when I first heard about this and I saw all the details, I kind of thought, OK, well, The Boston Globe is here, The Emancipator's over there. It's - I know you mentioned it is a partnership in some ways, but it almost feels as if The Boston Globe is taking a step back from it just to make sure that there's no intermixing of the two."

The paper isn't committed enough to the radical-left project! We're paying for a federal radio network that prods left-wing newspapers to be engage in more and more activism that's passed off as journalism.