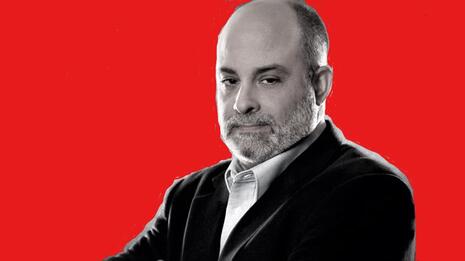 Early on Monday morning, Washington Post media reporter Paul Farhi posted a hot story headlined “Talk-radio owner orders conservative hosts to temper election fraud rhetoric.” It said “Cumulus Media, which employs some of the most popular right-leaning talk-radio hosts in the United States, has told its on-air personalities to stop suggesting that the election was stolen from President Trump — or else face termination.”

Cumulus executive Brian Phillips insisted Cumulus and its program syndication arm, Westwood One, “will not tolerate any suggestion that the election has not ended. The election has been resolved and there are no alternate acceptable ‘paths.’”

Since the election, Cumulus has remained silent while some of its most popular hosts — which include Mark Levin and Dan Bongino — have amplified Trump’s lies that the vote was “rigged” or in some way fraudulent.

On his program on Tuesday, the day before the march on the Capitol, for example, Levin fulminated about Congress’s certification of electoral votes for Biden, describing the normally routine vote as an act of “tyranny.”

Levin also told NewsBusters the Post was “unprofessional” in another story last Thursday suggesting he somehow played some role in a protester dying of a heart attack at the Capitol: “Greeson appeared to have an account on the right-wing social media site Parler filled with recent obscene and violent posts, fueled by misinformation spread by right-wing radio host Mark Levin, the Proud Boys and others.”

Levin also complained the “reprobates” at Mediaite used the Post story against him. The site’s Ken Meyer energetically slimed Levin and Dan Bongino as inciters of an “insurrectionist mob.”

"My broadcasts are on my website going back four years," Levin said. "I haven't incited anything." He said his protests have all been about the election decisions made in four states that he says violate the Constitution, including the way elected judges in Pennsylvania overrode the state legislature in setting election rules.

On his Fox show Sunday night, Levin lamented "“Their goal is to choke, choke, choke the system even further. And the media are trying to intimidate conservatives and constitutionalists by projecting onto them violence that occurred by reprobates and others who need to be tracked down and punished."

Liberal journalists at The Washington Post and elsewhere aren't appearing the slightest bit sensitive to the idea that they're encouraging an aggressive round of censorship of everyone who's unhappy with Biden's election. Deplatform Fox News, deplatform conservative talk radio hosts, you know -- "democracy dies in darkness."

PS: Both the Post and Mediaite have posted corrections about Ben Shapiro. Farhi's story now says:

10:45 a.m. This story has been updated to clarify that while Ben Shapiro is one of Cumulus’s most popular hosts, he is not among the voices who have promoted claims of a rigged election.

Mediaite's story has a hotter take:

Update: Ben Shapiro’s executive producer Jeremy Boreing tweeted Monday that Cumulus Media is “not Ben’s employer and hasn’t told Ben jack shit about what he can or cannot say on air.”