To Discuss Truth and Misinformation, PBS Touts the Wisdom of... DAN RATHER??

On Sunday night's PBS NewsHour Weekend, they bizarrely decided to discuss the "truth" and misinformation with... disgraced CBS News anchor/fake news purveyor Dan Rather, selling his old book What Unites Us that came out in 2017 (even the paperback is from 2019). His fraudulent smears of  George W. Bush in 2004 never came up. Stephen L. Miller offered the mind-boggled conservative response to this: 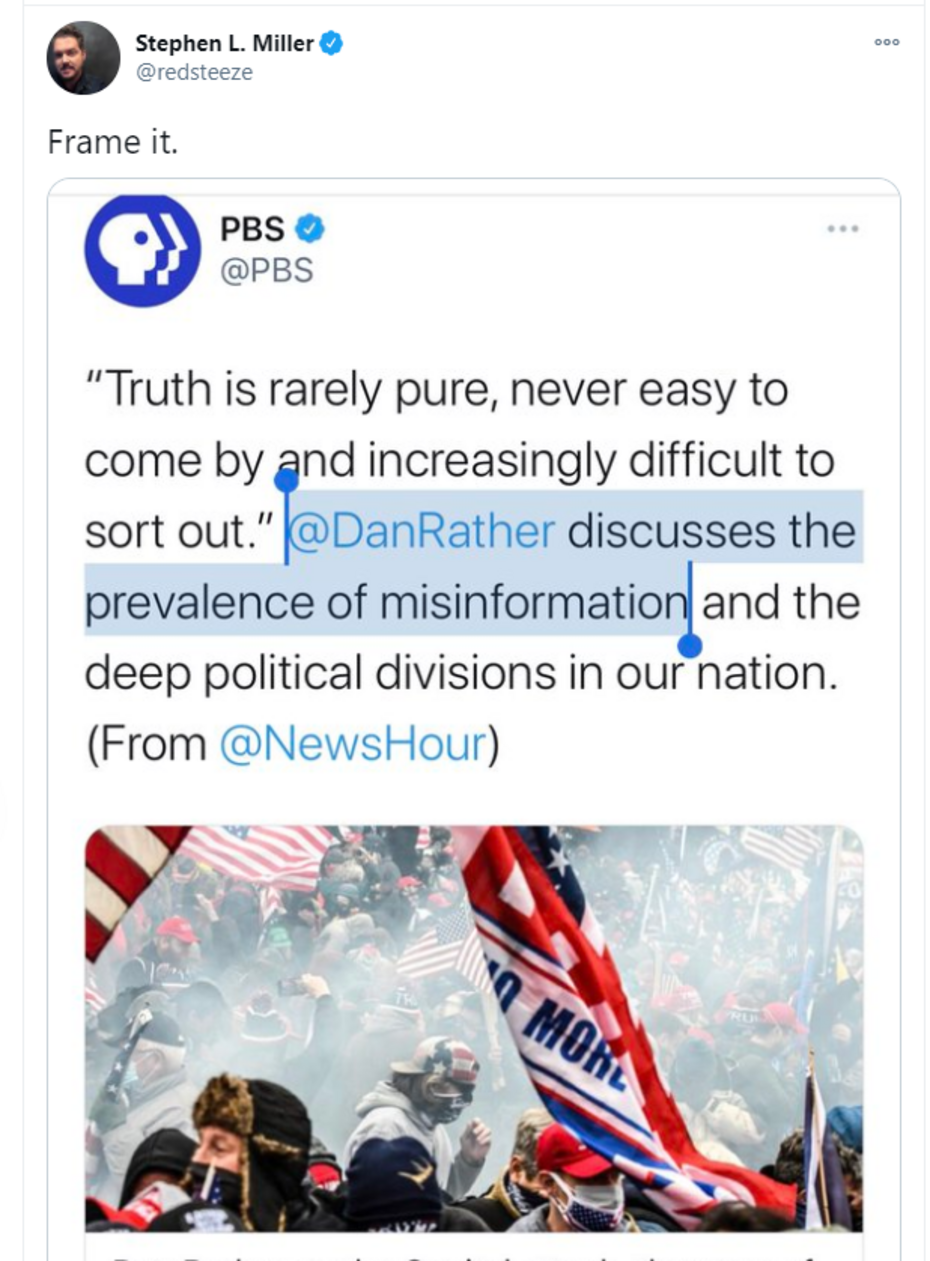 Perhaps if gatekeeping media cares to lecture those who have rejected them for their own Facebook groups and newsfeeds, they can start by forever jettisoning people like Dan Rather who are to blame for it.

Corporate media rehabs Dan Rather, Brian Williams and promotes people like Joy Reid and then collectively wonders how we all got to this point. Physician, heal thyself.

Instead, for more than six minutes, PBS weekend anchor Hari Sreenivasan treated Rather as a social-media sage and misinformation scold:

SREENIVASAN: As you've been pointing out for years now on social media platforms, through your Facebook page, to your Twitter feed, so much of this comes from the lack of our ability to discern fact from falsehood. It just boggles my mind that we live in this ecosystem where the truth that we kind of took for granted is hard to come by.

DAN RATHER: Well, I think it boggles everybody's mind, including my own, because we're still on the edge of this whole new world of social media, the internet, the internet's great possibilities for good, such as educating and giving truthful information. But on the other hand, the dark side, which you're pointing out so well, which has to concern us all, that misinformation, outright lies, propaganda, all of this gets loose on the internet.

Somehow, Dan putting out phony Texas Air National Guard documents alleging George W. Bush was some kind of draft-dodger doesn't disqualify him from being the Sunday minister on the topic of falsehood! As Dan says, being able to avoid wishful thinking (and reporting) is part of being an adult: 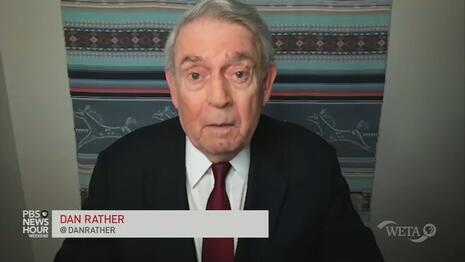 RATHER: We all know that part of being an adult is to recognize that you have to deal with what is real, reality, not what you hope will be. And the reality for us now, is it all on the table. To use a poker term, everything is on the table for this country. And we need to recognize that, that we can have a great future, a future bigger and better than anything of fathers and mothers ever dreamed of.

But we have to move because we're teetering on the only imbalance, if you will, of just what you describe the world in which truth is rarely pure, never easy to come by and increasingly difficult to sort out. And I am concerned, and I think this is the question within your question, how we deal with the fact that, what, over 76 million Americans voted to put Donald Trump back into office and a very large majority of those are now convinced that our new president-elect, Joe Biden, is illegitimate. This is a danger within, and the events at the capital, which sort of brought things to a head for the moment, won't be the last time that we're going to have to deal with this reality.

Rather is a major force on Facebook and Twitter -- for the Trump-loathing left. But the PBS anchor maintained Rather's fiction as some sort of expert on unity. Online, the interview is over 11 minutes. This nugget didn't air on national TV:

SREENIVASAN: You've got a book with a title that I think everybody wants to figure out right now, What Unites Us. This is something that Joe Biden has said repeatedly while on the campaign trail and even since he's won the presidency. If you could give him a Reader's Digest version or — send him a copy of the book for sure — but what would you tell us is in the book that could work for not just Joe Biden, but for the rest of us?

Rather comically suggested that the Left is interested in "freedom," not the AOC socialist agenda: "What fundamental things can we say we agree on? What we agree on, we want to preserve this constitutional republic based on the principles of freedom and democracy. I think that's something that unites us."

Then he pretended he's not ideological, the phoniest line of all: "You know, I'm fond of saying: I'm not right-wing, I'm not left-wing, I'm not chicken wing. Like a lot of other Americans, I just want the best for the country."