PolitiFact's Shameless 'Half True': Loeffler Is 'For Getting Rid of Health Care' in a Pandemic

Bryan White at the website PolitiFact Bias points out that the "fact checkers" are tilting in favor of both Democrats running for the U.S. Senate in Georgia runoffs.

We noted Politifact cried "PANTS ON FIRE" when Sen. David Perdue dared to call his opponent Jon Ossoff a "socialist," but somehow it's "Half True" for Democrat Raphael Warnock to suggest Sen. Kelly Loeffler is for "getting rid of health care in the middle of a pandemic." The contrast here is more stunning because Tom Kertscher wrote both of these articles.

In his ad, Rev. Warnock mocked Loeffler's attack ads by saying "Get ready, Georgia, the negative ads are coming! Kelly Loeffler doesn't want to talk about why she's for getting rid of health care in the middle of a pandemic, so she's gonna try and scare you with lies about me." (HuffPost called this an "adorable spoof.")

Get ready Georgia. The negative ads against us are coming.

But that won’t stop us from fighting for a better future for Georgians and focusing on the issues that matter. pic.twitter.com/VN0YIA02MG

It's pretty shameless to imply "the negative ads are coming! And my inhumane monster of an opponent wants to take away your health care!" By the  extremely literal logic that PolitiFact often applies to the GOP, it could be interpreted that "getting rid of health care" means "closing all the hospitals and forbidding doctors to work." This kind of wild, cartoonish language is standard Democrat rhetoric -- like "Paul Ryan shoves lady off cliff" --  but it typically gets a full (or in this case, half) pass.

(Psst: PolitiFact's Louis Jacobson ruled that mudslinging 2011 ad -- described as "cutting through the clutter quite dramatically" -- was "Mostly True"!)

Notice any objection to Obamacare is cast as "against health care." Just because liberals don't want it overturned doesn't equate to "getting rid of health care."

As White explained, "Obamacare counts as an insurance program, not a health care program. Getting rid of Obamacare gets rid of some insurance coverage. It does not get rid of health care." White also noted that overturning Obamacare is not "getting rid of health care," but leads to a new round of legislation -- and you can be skeptical it will still be "in the middle of a pandemic" by the time all the court action is finished. 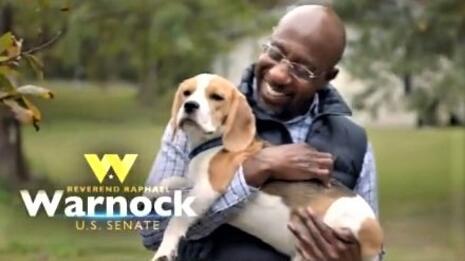 Warnock said Loeffler is "for getting rid of health care in the middle of a pandemic." That’s an overly broad statement that could be interpreted any number of ways.

The facts are that Loeffler voted to let the Trump administration continue supporting a lawsuit that seeks to overturn the Affordable Care Act. Millions of people could lose health care if the Supreme Court throws out the law.

Loeffler supports offering health care alternatives, but critics say they are not as good as Obamacare’s provisions.

Warnock’s statement is partially accurate but leaves out important details. Our rating is Half True.

In this 2020 campaign these Georgia candidates have two PolitiFact checks: Loeffler has two Mostly False ratings, and Warnock has two "Half Trues."

Bryan White lets them have it:

Warnock's ad is a logic-free misleading appeal to emotion. She wants to take health care away from people who are dying! As political ads go, it's about as low as they come.

PolitiFact's "Half True" rating of Warnock's misleading bull hockey serves as just another illustration of PolitiFact's marked leftward lean. It's such a wildly generous "Half True" that it counts as a rubberstamp.