Under Pressure, AP Backs Down from Trying to Spin Supreme Court-Packing as 'Depoliticizing' It

Nick Givas at Fox News reported editors at the Associated Press were forced to add an editor's note to a story about a U.S. Senate debate about Amy Coney Barrett's nomination to the Supreme Court on Saturday, trying to spin the idea of "packing the court" as "depoliticizing" it.

Tom Bevan, co-founder of Real Clear Politics, highlighted the spin passage where "packing the court" was painted as the phony term emerging from "critics": 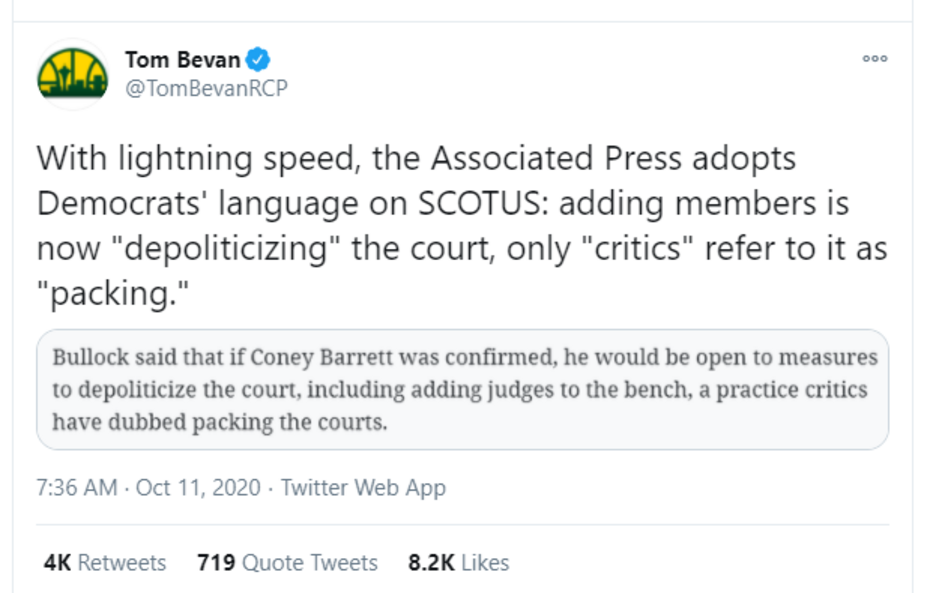 The article, written by Iris Samuels, centered on the last debate between Republican Sen. Steve Daines of Montana and his Democratic opponent, Gov. Steve Bullock.

The AP's original story reported "Bullock said that if Coney Barrett was confirmed, he would be open to measures to depoliticize the court, including adding judges to the bench, a practice critics have dubbed packing the courts."

This was later updated a bit: "Bullock said that if Coney Barrett was confirmed, he would be open to measures including adding justices to the bench, a practice critics have dubbed packing the courts." 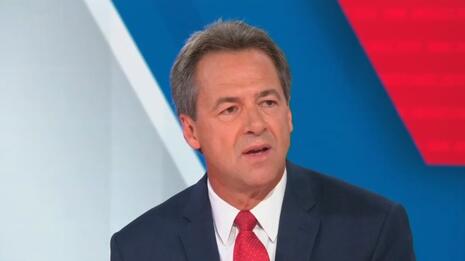 “We need to figure out the ways to actually get the politics out of the court,” Bullock said. “That’s anything from a judicial standards commission, or we’ll look at any other thing that might be suggested, including adding justices.”

They added an Editor's Note: "This story has been edited to make clear that it is Bullock’s opinion, rather than a fact, that adding justices to the Supreme Court would depoliticize the court."

For his part, Daines warned Bullock would ditch any moderation to follow the lead of House Speaker Nancy Pelosi and Senate Minority Leader Chuck Schumer. He said that if Bullock is elected to the Senate, it could lead to “liberal tyranny.”