POLL: Americans' Hope for Objective Media Is 'All But Lost'

The Knight Foundation, which springs from the Knight-Ridder newspaper chain and has funded leftist press organs like NPR, has a discouraging new poll for the media. 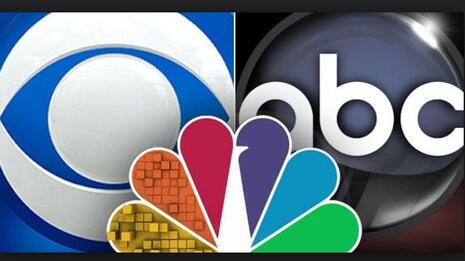 Americans have high aspirations for the news media to be a trusted, independent watchdog that holds the powerful to account. But in a new Gallup/Knight study, we’ve found the gap is growing between what Americans expect from the news and what they think they are getting. Perceptions of bias are increasing too, which further erodes the media’s ability to deliver on its promise to our democracy.

The landmark poll of 20,000 people found that Americans’ hope for an objective media is all but lost. Instead, they see an increasing partisan slant in the news, and a media eager to push an agenda. As a result, the media’s ability to hold leaders accountable is diminished in the public’s eye.

This is bad news for the media, but it would seem impossible for anyone consuming today's daily reporting to tell a pollster it's unbiased and holds all sides accountable. Here's a summary of the findings.

Americans see increasing bias in the news media. Many feel the media’s traditional roles, such as holding leaders accountable, are compromised by bias, with nearly three-quarters (73%) saying they see too much bias in the reporting of news as “a major problem,” up from 65% in the 2017 Knight/Gallup study. They see it in their own news sources (56%), and 7 in 10 are concerned about bias in the news other people consume.

Americans think the media is pushing an agenda. More than 8 in 10 Americans say that when they suspect an inaccuracy in a story, they worry it was intentional – because the reporter was misrepresenting the facts (54%) or making them up (28%). That's pretty harsh. Only 16% said they thought the inaccuracies were innocent mistakes. When it comes to news sources they distrust, nearly 8 in 10 Americans (79%) say those outlets are trying to persuade people to adopt a certain opinion.

Distrust in the media cuts along partisan lines. Although overall, Americans view the media more negatively than positively, there's a massive divide in opinion based on part. The breakdown: 7 in 10 Republicans (71%) have a very or somewhat unfavorable opinion of the news media, versus 22% for Democrats and about half of independents (52%).

A majority of Americans say the media are under political attack – but are divided by party on whether it’s warranted: While people from all political persuasions agree that the media is being politically attacked, 70% of Democrats say those attacks are not justified, while 61% of Republicans say they are.

Despite the findings, Americans think the media is vital for democracy. The vast majority of Americans (84%) say that the news media is “critical” (49%) or “very important” (35%) to provide accurate information and hold the powerful accountable.