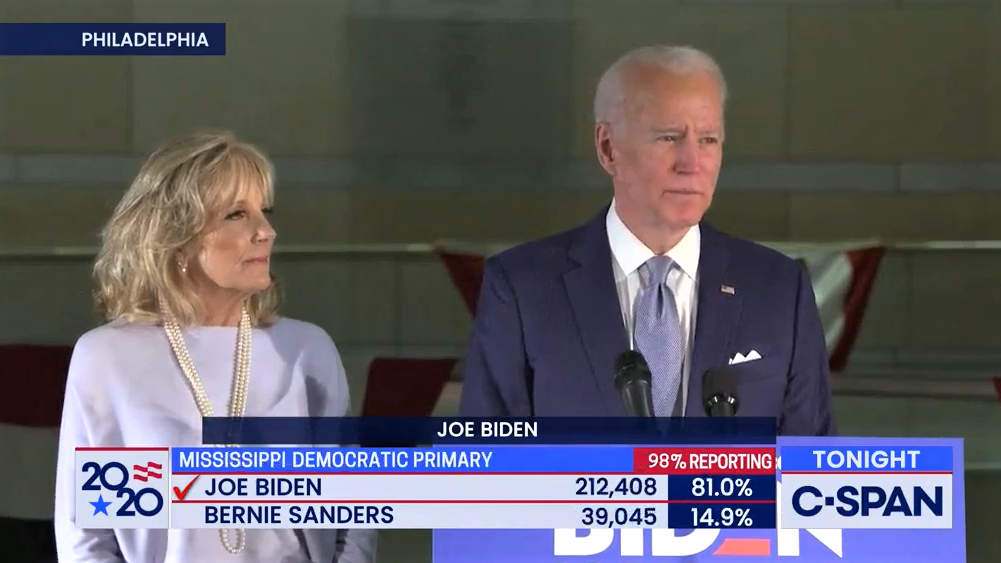 Almost three weeks after she went on the record with her sexual-assault allegations against Joe Biden, The New York Times and The Washington Post have issued their own investigative reports on Tara Reade, who briefly worked for Senator Biden on Capitol Hill in 1992 and 1993.

She claimed Biden penetrated her with his fingers. There are no eyewitnesses. You couldn’t build a case in court with this. What you could do is put a dent in someone’s political appeal, especially someone who boasts of passing the Violence Against Women Act. When asked by his media columnist Ben Smith about whether the delay was out of concern for Biden’s electoral chances, New York Times executive editor Dean Baquet protested energetically.

“I can’t make that calculation. I won’t. I won’t let my head or my heart go there,” Baquet proclaimed. “I think once you start making those kinds of calculations, you are not a journalist anymore. You’re some sort of political actor.”

The networks are still delaying on Tara Reade. You can always demonstrate the media’s political calculations by noticing they’re not based on the evidence as much as they’re based on who is accused.

In the spring of 1991, The New York Times spread the unsubstantiated gossip that Nancy Reagan had an affair with Frank Sinatra, according to the sleazy author Kitty Kelley, and the networks quickly followed. In the fall, these liberal titans all jumped quickly on NPR unfurling Anita Hill’s unproven sex-harassment charges against Clarence Thomas.

But in 1994, this entire liberal media mob waited three months to notice Paula Jones charging Bill Clinton with sexual harassment. They all heard Jones make her allegations at the Conservative Political Action Conference in February, and aired nothing (well, ABC gave it 16 seconds).

In 1999, Juanita Broaddrick taped an interview and alleged Clinton raped her in Little Rock. NBC News sat on their interview with Broaddrick for weeks, until Clinton was acquitted by the Senate. Then it was “safe” to air, but even then, they all treated it like a distasteful one-day story.

In 2008, The New York Times ran a sleazy story suggesting John McCain was having an affair with Vicki Iseman, a lobbyist. “Convinced the relationship had become romantic, some of his top advisers intervened to protect the candidate from himself.” Iseman sued, and the Times settled, claiming they never meant to imply there was a romance.

In the Trump era, the timing can be painfully obvious. The Washington Post only took hours to report the Access Hollywood tape. Last summer, when magazine writer E. Jean Carroll accused Trump of raping her inside a New York department store dressing room, NBC News waited about six hours to report it.

Most egregiously, there were the unsupported charges of teenage rape against Supreme Court nominee Brett Kavanaugh in 2018, which drew hundreds of minutes of network news time. Dean Baquet at the Times said this was different than Biden. It was a “already in a public forum in a large way,” in “the biggest political story in the country.”

Try to figure out how this differs dramatically from a presidential election. Only the term of office is different – and the ideology of the man being painted as a monster.