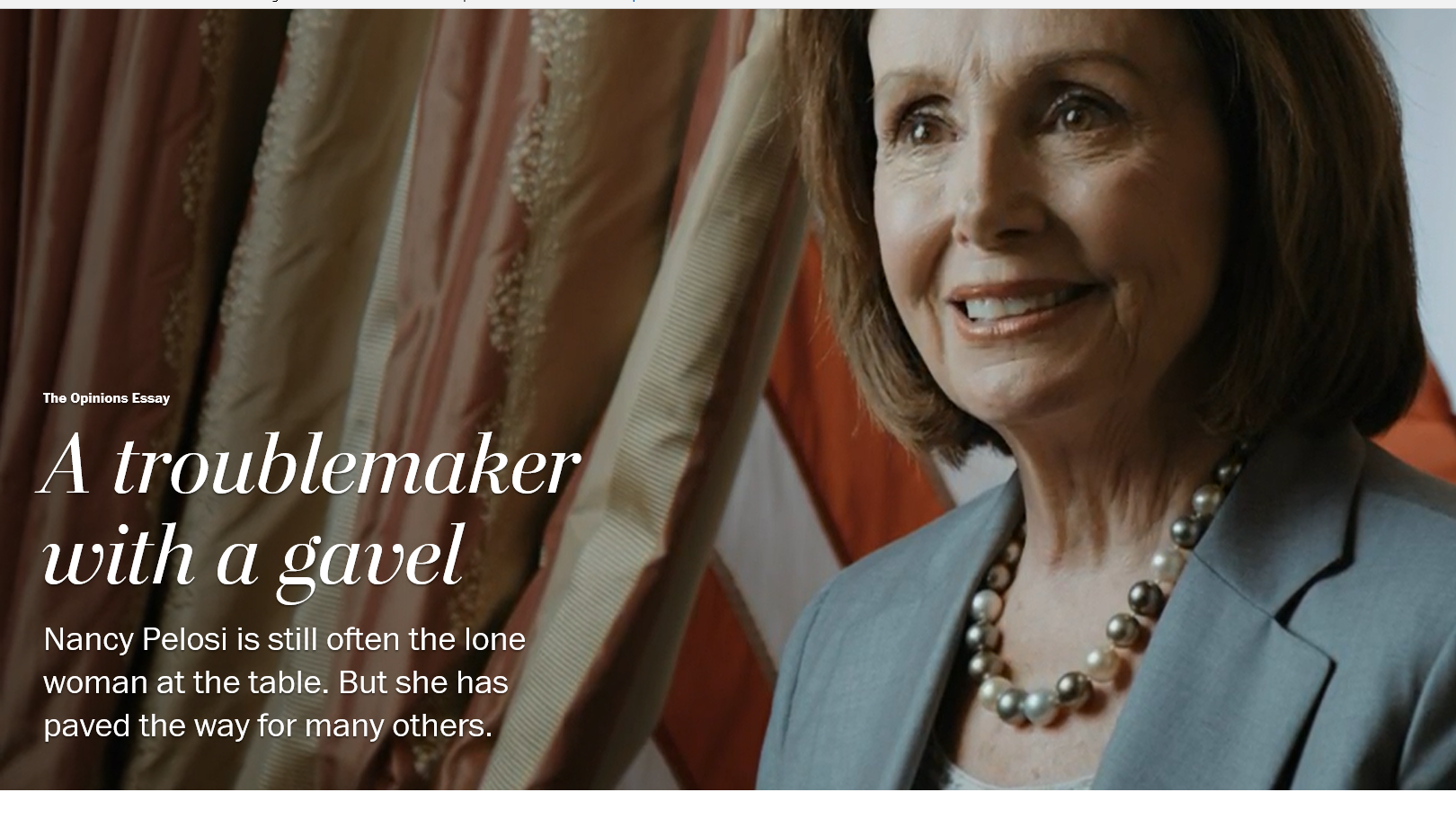 She has been the target of thousands of Republican campaign ads, though that assault failed spectacularly in 2018, when Democrats swept the midterm elections and regained control of the House. More than a few in Pelosi’s own caucus had their doubts when she announced that she wanted her old job back. There were voices, on both the left and the right of the party, who said Pelosi’s time had passed.

But her second act has been, by some measures, even more impressive than her first. Pelosi’s discipline and maturity, her refusal to be intimidated by Trump’s bluster, have energized the Democratic base and kept a volatile and impulsive president off balance.

A conservative counterpoint rarely emerged, unless it was to make Pelosi look better. Former Trump strategist Steve Bannon was quoted calling her a "total assassin," which led to more praise:

A woman about to enter her ninth decade has become a warrior-heroine to the social-media generation. It seems that her every gesture toward Trump conveys a message of contempt. When he gave his 2019 State of the Union address, she offered stiff-armed, mocking applause. Right after he delivered it this year, she gracelessly ripped up her copy of what she called “a manifesto of mistruths.”

At times, even Pelosi seems taken aback by the frenzy she can trigger. After she got the better of the president during a meeting in late 2018, the Internet was ignited by an image of her striding triumphantly from the White House in a fire-colored coat. It created such a sensation that fashion house Max Mara scrambled to put the design from its 2012 collection back on the market again for $2,990.

"Nancy Pelosi has wielded power more forcefully and effectively than any speaker since Joe Cannon,” says congressional authority Norman J. Ornstein, invoking the name of the iron-fisted Republican who ruled the House in the early 20th century. “Her assets include her public presence, her coolness under pressure, her remarkable negotiating skills and her ability to get to yes." 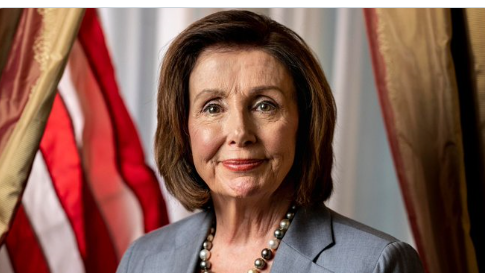 And just like last March, there was a sick reference to Pelosi's Catholicism:

“We saw our Democratic values as related to our religious values,” Pelosi said. “So it was almost a moral imperative that we would be community oriented. That didn’t mean you had to run for office. It meant you would participate in the manner that you did and help people run for office — for the candidates, the causes, the values of the Democratic Party.”

Those words in bold were proudly displayed at the top of page A24, without Tumulty asking precisely how it is in 2020 that Democratic values are interchangeable with religious values, especially long-standing Catholic teaching on abortion, homosexuality, or religious liberty. That's because The Washington Post is designed to celebrate Democrats and help them to victory.

The Post also featured this line of goop in a video: