Boston Globe Writer Wisecracks: 'In Order to Save Dr. Fauci, We Must Destroy Him'

Boston Globe columnist Kevin Cullen energetically inserted his tongue into his cheek for a column titled "In order to save Dr. Fauci, we must destroy him." Get it? He's too credible to last under President Trump, so if the media elite trashes him as a bum, he won't get fired! 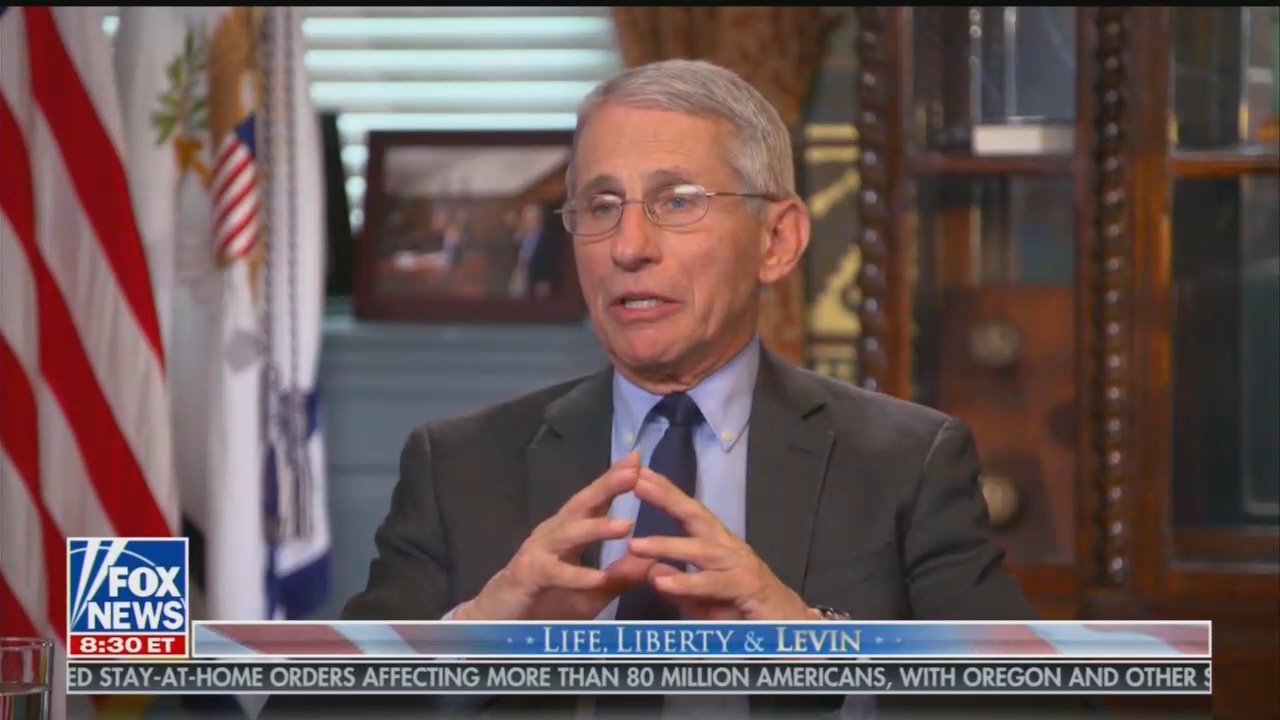 Dr. Anthony Fauci is a bum.

A quack, a snake oil salesman.

He got his degrees online, not from Holy Cross and Cornell.

He watches Wheel of Fortune but not Jeopardy.

Such character assassination is unsavory but necessary because Fauci’s calm, reassuring competence in response to the coronavirus pandemic is placing him at serious risk of hearing the words that made his boss famous: You’re fired.

President Trump is watching and listening to the same thing we are, i.e., Fauci going to the podium to rebut with facts the latest outbreak of paranoid anxiety or the president’s regularly reckless statements.

Fauci is an oasis of rigor and reason in a barren desert of confusion and fear.

Which, given who he works for, makes him an endangered species.

During the Vietnam War, some US Army officer supposedly suggested that in order to save a village from the Vietcong they had to destroy it.

And so, to save Dr. Fauci, we must destroy him — at least in Trump’s eyes.

Cullen's right that when a man like Fauci is lauded by the fashionable columnists like Maureen Dowd in The New York Times, he doesn't seem like a Trump adviser -- that "being in the Trump administration and getting praised by The New York Times is the kiss of death."

Oh, maybe Trump won't see it, cracks Cullen, since "He is not fond of polysyllabic words and prefers to get his news from Fox & Friends or whatever white nationalist website his aide Stephen Miller might recommend. But Trump reads Mo Dowd because they have known each other forever and she writes about him at a nuanced, personal level that drives him especially cuckoo."

Therefore, "Tony Fauci is in real danger, and by extension so are the rest of us who expect — nay, pray for — one person in the White House to be trustworthy and competent in a time of unprecedented crisis. So, again, repeat after me, Dr. Anthony Fauci is a bum. Long live the bum."

PS: Cullen's had his own bouts with Mike Barnicle Syndrome. Or is it Brian Williams Fever? Let's revisit 2018:

The Boston Globe suspended its columnist Kevin Cullen for three months without pay on Friday after a review found fabricated details and inconsistencies in comments he made in radio interviews and at public appearances about the Boston Marathon bombings.

“Our review leads us to a conclusion that Mr. Cullen damaged his credibility,” John W. Henry, The Globe’s publisher, and Brian McGrory, its editor, wrote in a statement. “These were serious violations for any journalist and for The Globe, which relies on its journalists to adhere to the same high standards of ethics and accuracy when appearing on other platforms.”