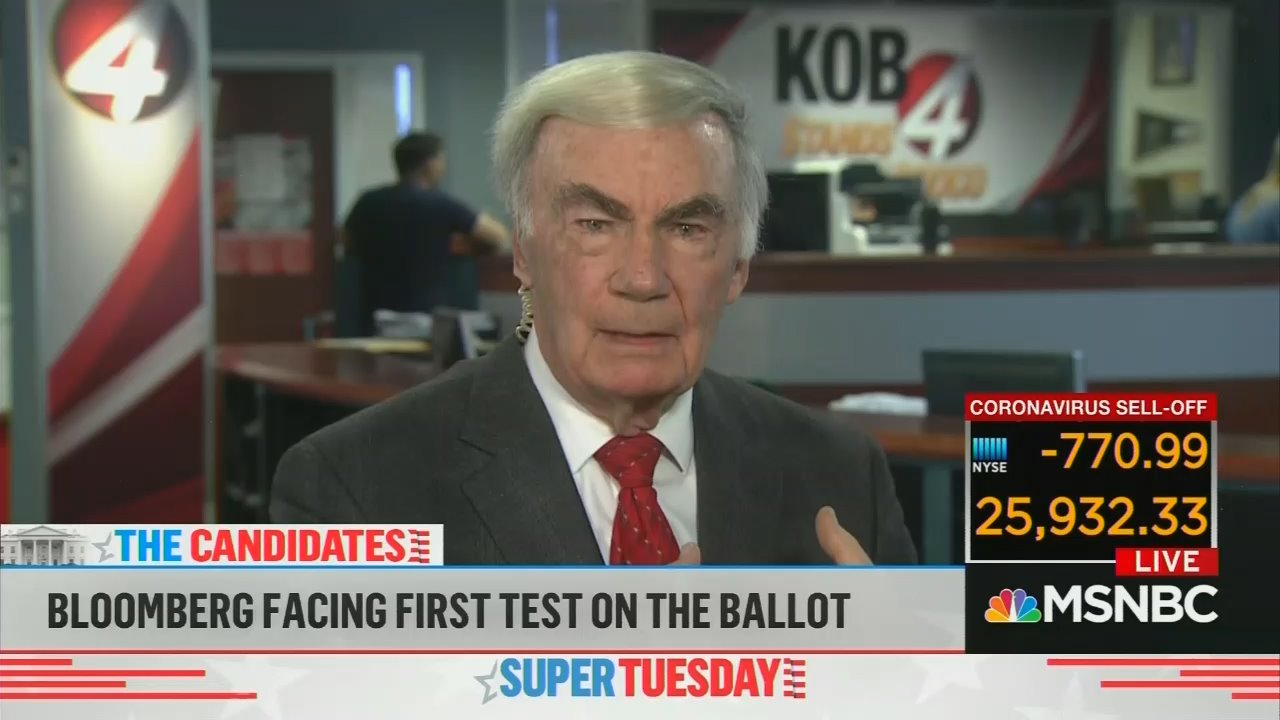 In the Trump era, CNN’s Reliable Sources show has featured a roster of what they call “Legendary Journalists” to exhort the media masses to drive Donald Trump out of the White House. They put the words “LEGENDARY JOURNALIST” on screen, and even in CNN’s transcripts.

That would include PBS omnipresence Bill Moyers, Watergate welterweight Carl Bernstein, disgraced Dan Rather, and ABC’s long-yelling Sam Donaldson. The more aggressively liberal (and less professional) you were, the more “legendary” you became in the eyes of CNN.

On Valentine’s Day, CNN’s Anderson Cooper brought on Donaldson to announce he was endorsing Michael Bloomberg for president because President Trump is a “sick, ignorant man.” Donaldson even made a commercial for Bloomberg, calling him a “great leader” and a “great role model for our children.”

Some of his colleagues didn’t think it was a great idea. “Never thought I’d see this,” tweeted Fox’s Brit Hume, who worked with Donaldson for decades at ABC. Former Washington Post editor Len Downie, who famously insisted he didn’t vote, decried the endorsement as “a  misuse of his considerable journalistic credibility and reputation.”

Except everyone knew where Sam stood. He was never careful to hide he was a Democrat. He went on TV called Sen. Jesse Helms (R-N.C.) a “terrorist” and compared Rep. Newt Gingrich to the first Soviet dictator Vladimir Lenin.

He spent Super Tuesday boosting Bloomberg on MSNBC because Trump “must be defeated. We’re gonna have one more chance to get the country back on track with the rest of the world. One more chance to stop hurting people in this country unnecessarily, the caged children at the southern border, you know all that stuff.”

“I don’t think Joe’s the guy, I think Mike Bloomberg’s the guy,” he added....during the lunch hour on Super Tuesday. Then the results came in, and Bloomberg only won American Samoa. Donaldson’s endorsement didn’t sway a lot of people.

Like many Trump-trashers, Donaldson will try anything to rid the country of this president. He admitted on TV that “Before I joined Mike Bloomberg, before he got into the race, I gave money to Joe Biden.” That’s not lining up with Federal Election Commission records. Bloomberg entered last November 24. The FEC reports Donaldson donated $2,000 to Biden on November 28...and another $750 on January 31, 2020. Donaldson also donated $1500 to Julian Castro’s presidential campaign in 2019. In this cycle, he’s contributed to the House campaigns of Valerie Plame and Adam Schiff, and the Senate campaigns of Jeanne Shaheen, Patrick Leahy, and Sara Gideon (running against Susan Collins in Maine).

For decades, Sam Donaldson gave to the Democrats “at the office,” so to speak. Now he’s spreading his retirement money all over to drag Republicans down.