NPR's badly named evening newscast All Things Considered recently devoted two eight-minute segments to anchor Audie Cornish soliciting the radical thoughts of Muslim activists in Dearborn, Michigan. In the first, on January 31, a man named Iltefat Hamzavi fried up this hate nugget: "I've been at many dinner tables where somebody voted for Trump. And you're like, that's like chickens voting for Chick-fil-A." 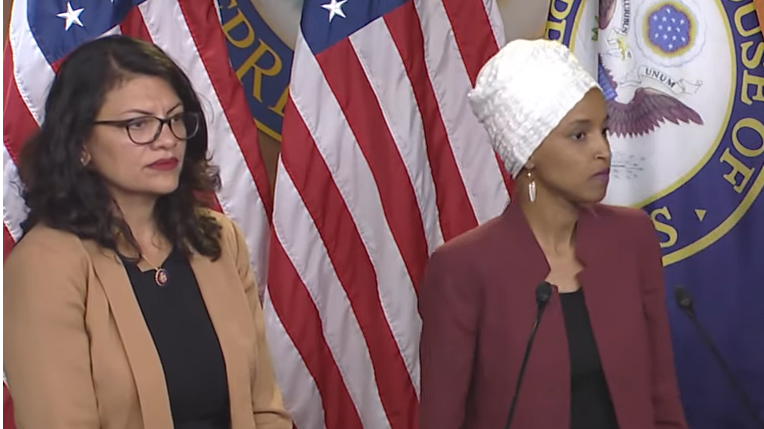 Our taxpayer-funded national radio network just airs that without any objections or corrections. How has Trump slaughted a pile of Muslim Americans? They didn't find any Muslims who weren't dragging Democrats to the left. Instead, the second segment on February 3 focused intently on how "the media" is unfair to Ilhan Omar and Rashida Tlaib.

Which "media"? You can guess conservative media, but you would have to omit the "establishment" media, which has largely honored them as pioneers of diversity in Congress. Malak Wesam of the "Dearborn Girls" podcast loves how Omar hasn't "sold out."

MALAK WESAM: My family and I would always check social media, watch the news every time her name was brought up just to see if, once she got into office - if she would kind of back up on anything, contradict herself, you know, just to kind of, like, see how much of a sellout she would or wouldn't be. It's been so incredible just to see how much she stood up for her truth and how much she hasn't backed down and apologized when she really shouldn't.

CORNISH: Representative Omar was accused of anti-Semitism in her early days in office. Critics said a tweet about Israel used an anti-Semitic trope, and she later questioned American Jews' allegiance to a foreign country, Israel, at a panel discussion.

WESAM: Right. She was accused of it, but I think it's very important to differentiate between anti-Semitism and being critical of an Israeli government and a Zionist government.

You could also smell the radicalism when Cornish then said leaders of the Women's March were "accused of being connected to anti-Semitism," and "comedian" Amer Zahr said "the Women's March was seen as a liberal, anti-Trump, even progressive -- though it turned out to be, like, a faux-progressive thing -- that they still are unwilling -- and it even happens in some parts of our community, too -- still unwilling to include Palestinian rights in the larger narratives of everything else."

When Cornish brought up Tlaib's outburst about how she was going to Washington to "impeach the [mofo]" Trump, Mark Crane complained "Rashida has been under the microscope like no one else." Seriously?

IMAN SALEH: If we look at the broader picture here of how Muslim women are even presented in the first place, we look at stereotypes, such as Muslim women are naive. They should be held down. They're not smart. They're oppressed. They're beaten down by their husbands. They're supposed to be behind the -- so it's just a lot of things that come with the identity of being a Muslim woman. And when, suddenly, somebody speaks up, a Muslim woman speaks up, then everybody is up in arms about why she's stepping out of line.

CORNISH: It sounds like what you're saying is the fact that they counter the stereotype of what Muslim women should be is what, in fact, makes the backlash so harsh.

Wissam Cherrafadine added "Rashida Tlaib did not run on the platform of representing Muslims or Muslim Americans, and her constituency is not made predominantly of Muslims. But once she's on a national platform, then her identity as a Muslim is first and foremost."

These activists can't consider the obvious journalistic point, that Tlaib's Palestinian Muslim background is what makes her more newsworthy than hundreds of other House Democrats, like say, freshman Rep. Haley Stevens of Michigan .

PS: Cornish followed up with another five minutes on February 4 with Muslim author Asma Uddin, who argues conservatives tout religious freedom for Christians, not Muslims. They offer a "denial of Islam even being a religion that had access to religious freedom." NPR didn't have any time for an obvious counterpoint: how do Muslim countries score on religious liberty for Christians?