CNN's Berman Bows and Scrapes for Jill Biden: 'Hunter Is the Heart and Soul' of the Family 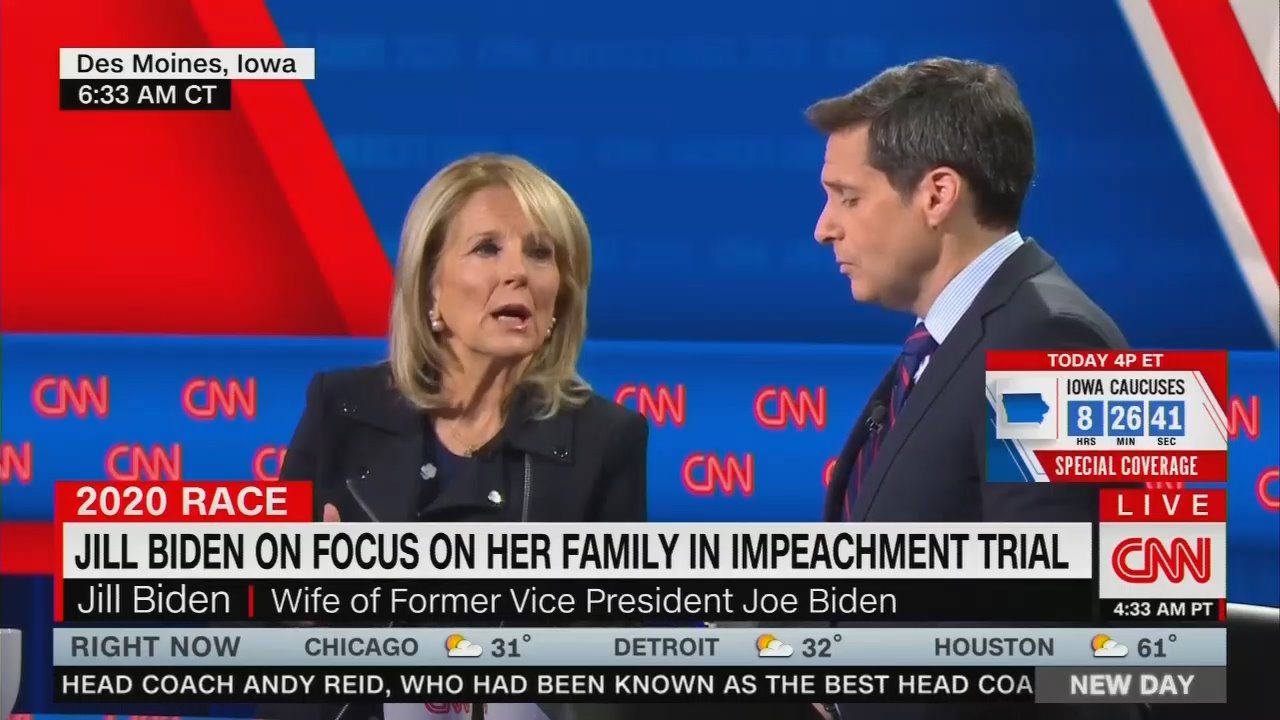 There is going soft on Democrats, and then there's just embarrassing. On Monday's New Day, CNN anchor John Berman repeated Jill Biden back to herself that "Hunter is the heart and soul" of the Bidens. He never mentioned the word "Burisma" or "Ukraine," and definitely didn't explore Hunter the "heart and soul" and his drug problems and egregious sexual misbehavior.

When Mrs. Biden suggested the people want a "moderate," as if Biden is one, Berman quipped: "You're announcing your support officially this morning for Joe Biden. Thank you for making news! I imagine there's no more keen observer of Joe Biden than you. You've seen him throughout the years, you've seen him do this very thing throughout the years, campaigning in Iowa. How is he different now?"

This isn't anchoring. This is asking questions like you're hosting a Biden coffee.

Then came the Hunter puffball:

JOHN BERMAN: You have called Hunter the heart and soul --

BERMAN: – of the Biden family.

BERMAN: What was it like, the last two weeks, for him watching this impeachment trial? Watching him repeatedly brought up on the floor of the Senate?

BIDEN: Well, you know, as a mother it's really tough to see your son attacked. And this is all about Donald Trump. This is not about Hunter Biden. This is about Donald Trump, who invited another country to come and look up, you know – dirt on the Biden family. It's just disgraceful.

BERMAN: As a mother how has it affected you?

BIDEN: You know, it’s –  It's been very hurtful. So we're just moving forward. We knew Trump would be tough and we knew he would probably tell lies as he continues to do. And we were ready for him.

CNN thought the newsworthy nugget of the interview was Mrs. Biden dismissing Sen. Lindsey Graham as no longer a friend.

BERMAN: Lindsey Graham the senator from South Carolina whom I think you count as a friend.

BIDEN: Well, you know, Lindsey -- I don't know what happened to Lindsey. And we used to be great friends and friends with John McCain. I mean, we traveled together with the Foreign Relations Committee. We've had dinner, you know. And now, he's changed.

BERMAN: Do you consider him a friend anymore?

BIDEN: You know, it's hard when you -- I don't know -- consider somebody a friend and then they've said so many things, so many negative things. And it's -- that's been a little hurtful.

Berman explained "I didn't even get my first question out about him, which is he now suggested Hunter should be called before a Senate committee to testify."

Jill Biden replied: "Hunter has done nothing wrong! Why would Hunter be called? Donald Trump should be before that committee!"