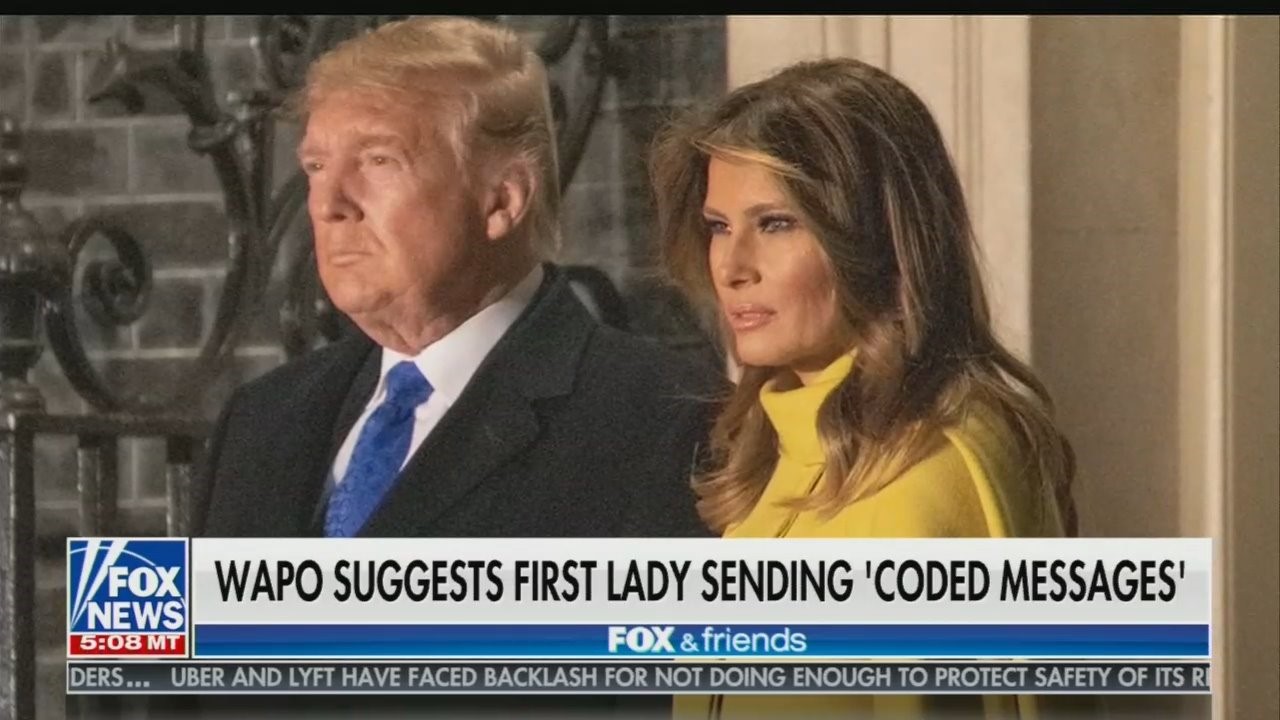 Washington Post "gender and society" columnist Monica Hesse is a lot like her colleague Robin Givhan, the fashion columnist. It doesn't matter what their supposed beats are. They coo over liberal women and brutalize the conservative women. Givhan just finished whacking Melania Trump for wearing a coat to the reveal of White House Christmas decorations (after trashing Jim Jordan for failing to wear a coat.)

A year ago, Hesse was trashing Mrs. Trump for the Christmas decorations: "the terrifying arboreous formation currently looming in the White House’s East Colonnade" proved "Melania is just plain bad at this," and "she doesn't care."

Now Hesse's trashing Melania as a "garage-sale lampshade." Imagine a journalist describing Hillary Clinton or Michelle Obama with that term. Her column began:

A new unauthorized biography of Melania Trump is titled Free, Melania, and although the words refer to the left-wing fantasy meme that the first lady is a prisoner begging for liberation, the comma demands unpacking. Is it a stylistic choice? Is another word missing, i.e. “[Be] Free, Melania”? Did it mean to imply the first lady, like a garage-sale lampshade, is available to a good home?

Two months ago, Hesse was sniffing the "heady drug" of imagining Hillary Clinton had beaten Trump. Hillary is a gift: "The gift is all her complications. The gift is being able to tell her to go away while simultaneously wishing she would never leave."

Because they despise the Trumps, no one can really see the Post commentaries on the First Lady as anything but anger management.

Is there symbolism in everything Melania Trump does, or not? Is Melania Trump playing five-dimensional chess against the rest of her checkers-playing family, or not? Will we ever know? Does it even matter?...

Truly, which is the more unsettling interpretation of Melania Trump? That all of the odd stuff she’s done has been intentional, but she’s bizarrely choosing to communicate in fashion code, rather than to communicate using any one of the five human languages she speaks? Or that she has no plan at all — that she wakes up and throws on pussy bows and sloganed jackets, and nobody surrounding her thinks to say, Hmm? That the rest of the country is merrily rolling toward pandemonium, and meanwhile she’s again planning her holiday decorations six months in advance?

Reading this, it's easy to conclude Monica is right. Why bother writing this piece? Why would anyone read it without feeling you've just wasted five minutes of your life? We get it. You're mad this woman is First Lady. And like everyone else at the Post, you're not getting over it.