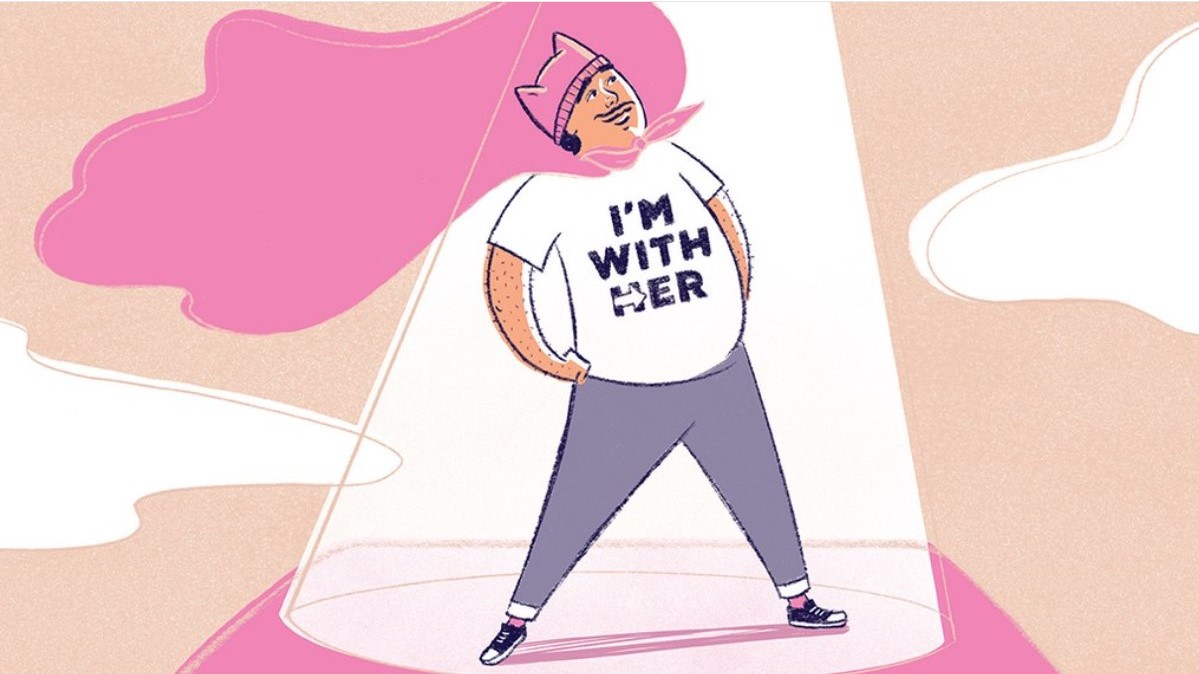 GQ magazine is often embarrassingly liberal, and their site is approaching Father's Day with "The Feminist Dad Checklist," from Madeleine Davies and Tara Jacoby.

The checklist itself aspires to be humorous, but it's more cringe-inducing. It is not a satire, although it sounds like one. It begins with these instructions:

Actually, strike that. Girls can wear blue and boys can wear pink because gender is a social construct!

Actually, strike that. Girls can wear pink because there’s nothing demeaning about overt displays of femininity.

Also it’s infantilizing to call her a “girl,” even if she is a literal infant. Call her “Womyn-to-Be.”

Then again, she might not grow up to identify as a woman, so don’t put that label on her either. Just call her by her name!

Oh, for Heaven's sake. Isn't it bizarre that liberals would trash the president for disturbing all the political norms, when there's not one norm about gender they haven't tried to nuclearize?

Speaking of names, may we recommend something gender-neutral, like Sydney, Alex, or Glorp?

Then again, why do names have genders to begin with? Call her what you want.

By which we mean “call her what SHE wants,” because it’s very important to instill agency in your daughter so she’ll grow to understand the power of choice.

Instead of the usual bedside stories, mix things up with some light feminist theory, like that of Germaine Greer.

Reminder, though, that like a lot of second-wave feminists, she’s a gender essentialist, so you should probably mix in some modern theory as well.

Some kids like scary stories at bedtime, so why not the one where she might have been aborted, since "you weren't a child, you were a choice"?

Then it's back to hortatory words about cisgenderism/racism:

Another reminder, though: Feminism, like a lot of sociopolitical identities, is dominated by white cis voices. Just a little something to keep in mind.

One more small thing to keep in mind: The world is notoriously terrible to women, and no matter what you do, your daughter will come to understand this through the lack of choices, stereotyping, and representation she encounters legally, institutionally, and socially. Probably even within her own family, because none of us—not even you!—can escape the patriarchy.

These Debbie Downers can get intense. Luckily, this article does turn completely bonkers at the end, even for "Gentleman's Quarterly," which is less about journalism and more about selling overpriced male fashions. This advice can't possibly be serious:

Have a panic attack.

Wake up in the woods. Notice the strange markings you’ve made on your own body with mud while blacked out.

Find out that these markings are not random, but primitive symbols of witchcraft. Copy them carefully on a scrap of notebook paper.

On the first full moon after your daughter is born, re-create the symbols around her. Burn the notebook page and bury the ashes with a chicken bone and an old copy of Ms. magazine in the backyard.

Sounds like it might be more productive to roast marshmallows with your kids while you burn old copies of GQ magazine in the backyard.