On Monday, the transcript of a February interview with CNN host Anthony Bourdain surfaced on Popula.com, and most accounts reported his comments on Bill Clinton:

BOURDAIN: Entitled, rapey, gropey, grabby, disgusting, and the way that he—and she—destroyed these women and the way that everyone went along, and, and are blind to this! Screamingly apparent hypocrisy and venality...the way they efficiently dismantled, destroyed, and shamelessly discredited these women for speaking their truth is unforgivable.

It wasn't so unforgivable: Bourdain also said he voted for Hillary.

But this exchange with Maria Bustillos on The New York Times editorial page should also have raised an eyebrow: 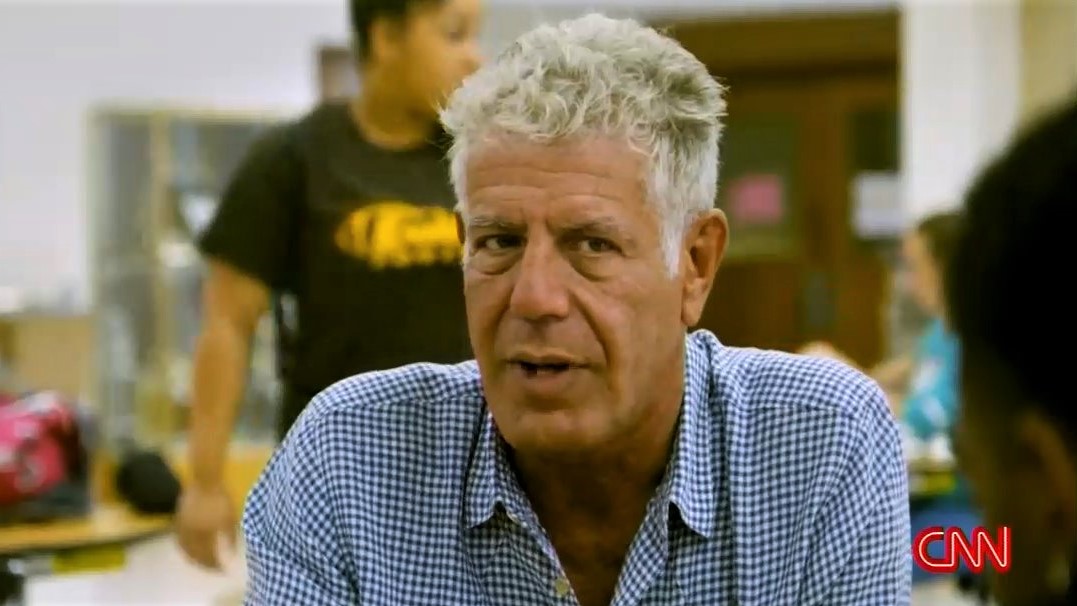 MARIA BUSTILLOS: I’m trying to make there be love in the world for people between each other, cause I think that’s what missing in our journalism [dissolves laughing], I really do. It sounds crazy, but that’s what I think.

BOURDAIN: Yeah. It’s particularly um, it’s painful to… look, I read the op-ed page of the New York Times and I wanna fuckin’ kill myself.

BUSTILLOS: Wait’ll you see! We hired a fact checker, to fact check them.

BOURDAIN: Ah, good. Who is it who’s corrected there the most?

BUSTILLOS: I dunno, Brooks? Like… Brooks is the biggest doofus.﻿

BOURDAIN: It’s like Night of the Living Dead over there.

BUSTILLOS: Oh my god, Bari Weiss. What the hell has happened.

BUSTILLOS: That guy Bennet. He needs to be shot out of the nearest cannon.

BOURDAIN: Who’s the one with the obsession for Asian sex trade? Kristof. A little fuckin’ creepy.

BOURDAIN: Maureen Dowd: How the fuck do you have a job?

BUSTILLOS: I don’t knoooooooow! They just don’t ever fire them, it seems like.

BOURDAIN: At this point she’s sort of like, um, Shecky Greene… she’s like… no! Joey Adams, it’s like the Joey Adams column in the fuckin’ Post! Ten years after Joey was dead! Telling jokes that weren’t funny in 1946!  This shtick…God, it’s like watching your grandparents breakdance naked.

Then the two go off on a tangent about dancing when you get older, and then Bourdain shifts back to Times-bashing:

BUSTILLOS: Talking to a cab driver, could you just kill him?

BUSTILLOS: If you could strangle one of them, which one would it be?

BOURDAIN: I would say Friedman.

BOURDAIN: That’s low-hanging fruit. Somebody else’ll get to it. I’m goin’ for the big kahuna. The Brainiac.

BUSTILLOS: Okay I’m down with that. Oh Brainiac. Oh my god, that’s bad.

BOURDAIN: They’ve always been bad! Rosenthal, you know, he was unbelievably…

BOURDAIN: I know he has his heart kind of in the right place kind of but… he’s a buffoon.

It's a good thing for Bourdain that she didn't make him evaluate Don Lemon or other CNN personalities. Or at least she didn't drag them out now.

The whole conversation was two elite lefties having a casual conversation. Bourdain would talk about socialist revolution in one minute, and then blather "If I spend a couple thousand dollars on sushi for two, I don’t feel guilty about that."