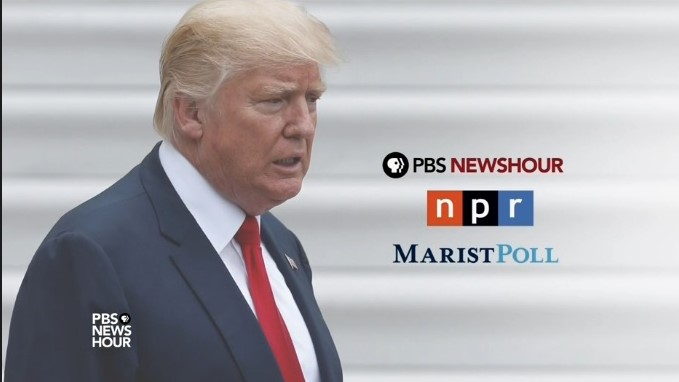 On National Public Radio on Saturday morning, Weekend Edition anchor Scott Simon interviewed Ed Martin, a pro-Trump author and Republican Party man, reveling in the Donald Trump-Steve Bannon feud. Martin said “I'm trying not to be on a side - it's like Mom and Dad had a little bit of a disagreement. I prefer to think that it's going to settle down and they're all in the family here, you know.”

SCOTT SIMON: But disagreement - Steve Bannon is quoted as saying -- and to my knowledge this statement has not been challenged -- saying the president has lost it. Now, are you supporting a president who is incapable of being entrusted with, you know, the awesome responsibilities, including his finger on what we're told this week is not actually a nuclear button, but obviously has the power to send nuclear weapons?

Simon wasn’t exactly quoting the Wolff book…which might not be accurately quoting Bannon. But the Wolff quote is Bannon suggesting a second term isn’t in the cards. “He’s not going to make it,” Bannon said last October at the Breitbart headquarters in DC. “He’s lost his stuff.”

That’s not “lost his marbles.” It’s more like “lost his magic/mojo.” Everyone else noticed that Trump accused Bannon of losing his mind.

Back to the interview:

ED MARTIN: Well - one thing I haven't heard yet is Steve Bannon interviewed or, as you say, you know, walk that back or take it back. Your point is taken. But I think everything I see about the president makes me think that that kind of characterization - you know, the one thing about the author, he's - I haven't read the book. I think that most people haven't seen the full book. But one thing I have seen, the quote in the prologue.

You know, in St. Louis we had a columnist here named Jerry Berger who was sort of similar to Mike Wolff. He was a pretty charming guy and wheedled his way into conversations as well as events and then would write about it. And you'd shake your head sometimes and think, I was there. Jerry Berger seemed to write something different. Well, Mike Wolff actually admits in the prologue he thinks he's got what he knows as true as best as he can but he can't confirm it all. So look, I think the president of the United States has shown he's very, very capable, very, very talented. I think the rest of it I leave to a sort of tabloid discussion.

Simon changed the subject away from whether Wolff was factually reliable:

SIMON: Should he be taunting a dictator with nuclear weapons about the size of his nuclear button?

MARTIN: (Laughter) Well, I - you know, I look at that. And I - the president has a record on Twitter. My next book, by the way, will be about his tweets, and it's coming in May. But I look at, and I think that he is - it's a sort of a form that he's used. I don't think anybody thinks that he tweets with his final pronouncements. I think he makes points.

I'm reminded, by the way, of one tweet that he had about the Chinese from Mar-a-Lago last spring where he said, I'm going to let them take the first crack at getting North Korea in line. And they didn't. So I don't think that's all of Trump. It's sort of his Twitter way. But I'm comfortable again that he's a smart guy and he's in his right mind and he's doing a great job from where I sit for the country.

SIMON: Quickly, he says he's a genius. Do you agree?

MARTIN: I - a hundred percent. Nobody - Hillary Clinton was a genius. Donald Trump was a genius. These people at that level are the all-star big league ballplayers of American politics.

This is classic Scott Simon. You know he’s smirking when he’s asking these questions. As usual, the emphasis and the italics are on Trump is a dangerous dunce, and he's not going to let the Republican talk for long about Wolff's reliability. At the beginning, he joked to Martin about how his books aren't best-sellers like Wolff's.