TV Critic: The Biggest Loser of the 2016 Campaign Is The Media

Baltimore Sun TV critic David Zurawik is turning heads by already proclaiming the Biggest Loser of the 2016 presidential election. He says it's ...the media. 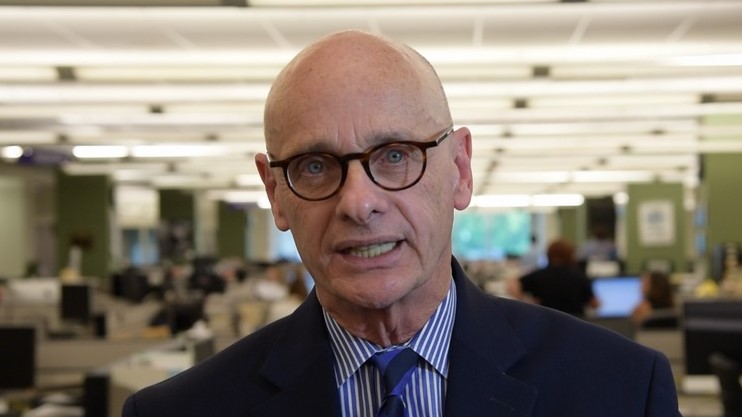 We are still days away from finally knowing the winner of one of the ugliest elections in modern history, but we already have the biggest loser: the media.

From cable news employees sharing questions with Democrat Hillary Clinton in advance of TV town halls and debates, to executives making their airwaves endlessly available to Donald Trump for phone "interviews" that the Republican candidate controlled, the media have never performed less responsibly in a modern-era presidential election.

And that perception is not simply the result of WikiLeaks giving us an unvarnished, drip-drip-drip look at the incestuous groveling and information-sharing that reporters at some of the nation's top news outlets engaged in with Clinton campaign chairman John Podesta the past 18 months. It's the result of my daily reporting on an industry that appears to have largely lost a clear sense of civic direction and purpose, while simultaneously becoming cozier with the powers that be and more dishonest with audiences.

It's a deadly combination that has dark consequences for democracy as the press fails in its primary job of giving citizens accurate, trustworthy information they can use in choosing who they want to lead the nation. Instead, as we have seen in two CNN events in March, candidate Clinton was secretly given information intended to skew the event and, therefore, the vote in her favor. That's the opposite of serving democracy — and it feeds Trump's dangerous rhetoric of the election being "rigged" against him.

Zurawik noted Trump got enormous press attention and CNN hired Trump employees as analysts, so not every trend was against his campaign:

Not that all the bad choices went against Trump. Besides unlimited cable TV time for the GOP candidate with show hosts largely letting him go unchecked, CNN hired Trump's former campaign director, Corey Lewandowski, as a featured analyst. And even as Lewandowski was being paid by CNN to essentially serve as a Trump surrogate, he was still on the candidate's payroll.

I thought CNN analyst Paul Begala, who serves as senior adviser to the pro-Clinton super PAC Priorities USA, defined conflict of interest. But the hiring of Lewandowski raised CNN's game to a new level in this realm of media muck.

But the recently exposed Donna Brazile scandal is what concerns him the most:

And though they disgust me, I can even live with the accounts of media folk like CNBC chief Washington correspondent and New York Times contributor John Harwood and Politico reporter Glenn Thrush shamelessly seeking approval and sharing information with Podesta in emails published by WikiLeaks.

But the tipping point for me were the Wiki-revelations of Clinton getting questions in advance on two events that aired on CNN in March. One was a town hall co-presented by CNN and TV One, the other a debate. Leaked emails show Donna Brazile, who was then a CNN contributor and is now interim chairwoman of the Democratic National Committee, tipping Team Clinton off to questions the candidate would be asked.

The emails leaked Monday about a debate question led to CNN announcing that it had severed ties with Brazile two weeks ago.

Questions being fed to Clinton are well beyond the pale of simply poor press performance. And neither CNN nor TV One has treated the matter with the transparency and seriousness it demands.

This is a snapshot of how bad journalism harms democracy, and we should all be outraged.

A strong consensus is forming against CNN's formula of putting paid partisans on the set. After all, you don't have to pay partisans to get them to accept an invitation to spin on their party's or candidate's behalf.