"The beauty of this @michikokakutani review is that it doesn't make the obvious point because it doesn't need to," The Washington Post's Carlos Lozada tweeted.

"Arguably the most compelling case made against Trump by anyone yet," tweeted Edward-Isaac Dovere, the senior White House reporter at Politico....

"You read it and think, 'Check. Check. Check,'" Kim Masters, a KCRW host and editor-at-large at The Hollywood Reporter, tweeted. 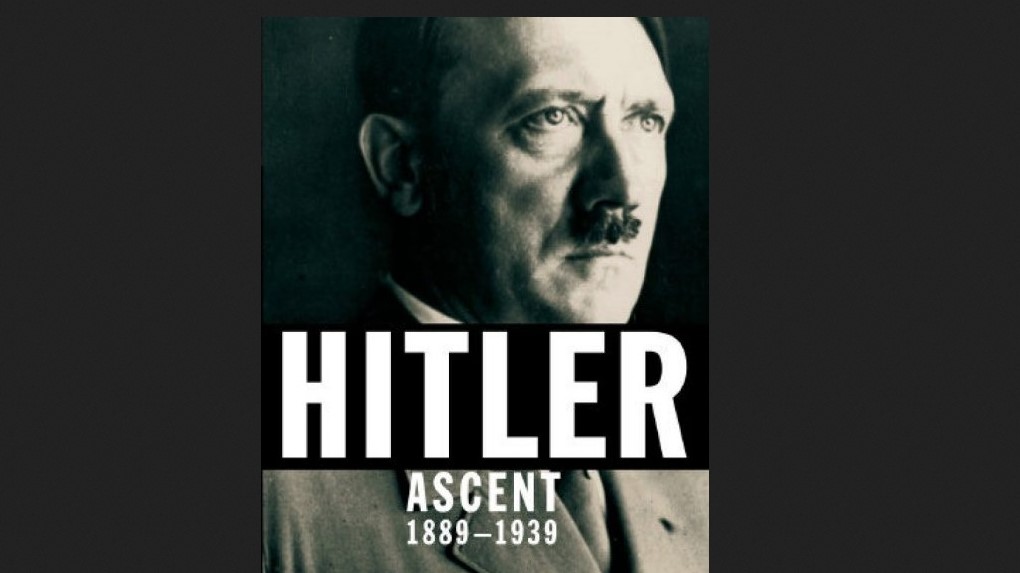 "Volker Ullrich's book jumped to the top 20 on Amazon almost immediately after Michiko Kakutani's review in the New York Times, which made an implicit comparison between the personal qualities of Hitler as he rose to power and those of a certain presidential candidate," Andrew Miller at the American publisher Knopf confirmed to me. "The piece went live on Tuesday afternoon, the day after the presidential debate, and started going viral the next morning, and here we are."

In her review about "an Ascent from 'Dunderhead' to Demagogue," this is how Kakutani laid out the comparisons:

Hitler was often described as an egomaniac who “only loved himself” — a narcissist with a taste for self-dramatization and what Mr. Ullrich calls a “characteristic fondness for superlatives.” His manic speeches and penchant for taking all-or-nothing risks raised questions about his capacity for self-control, even his sanity....

Hitler was known, among colleagues, for a “bottomless mendacity” that would later be magnified by a slick propaganda machine that used the latest technology (radio, gramophone records, film) to spread his message.

Hitler increasingly presented himself in messianic terms, promising “to lead Germany to a new era of national greatness,” though he was typically vague about his actual plans....

Hitler was an effective orator and actor, Mr. Ullrich reminds readers, adept at assuming various masks and feeding off the energy of his audiences. Although he concealed his anti-Semitism beneath a “mask of moderation” when trying to win the support of the socially liberal middle classes, he specialized in big, theatrical rallies staged with spectacular elements borrowed from the circus. Here, “Hitler adapted the content of his speeches to suit the tastes of his lower-middle-class, nationalist-conservative, ethnic-chauvinist and anti-Semitic listeners,” Mr. Ullrich writes. He peppered his speeches with coarse phrases and put-downs of hecklers. Even as he fomented chaos by playing to crowds’ fears and resentments, he offered himself as the visionary leader who could restore law and order....

Hitler’s repertoire of topics, Mr. Ullrich notes, was limited, and reading his speeches in retrospect, “it seems amazing that he attracted larger and larger audiences” with “repeated mantralike phrases” consisting largely of “accusations, vows of revenge and promises for the future.”

Then Kakutani compared the Nazis to American conservatives and Republicans, which the Times enjoys:

Hitler’s ascension was aided and abetted by the naïveté of domestic adversaries who failed to appreciate his ruthlessness and tenacity, and by foreign statesmen who believed they could control his aggression. Early on, revulsion at Hitler’s style and appearance, Mr. Ullrich writes, led some critics to underestimate the man and his popularity, while others dismissed him as a celebrity, a repellent but fascinating “evening’s entertainment.” Politicians, for their part, suffered from the delusion that the dominance of traditional conservatives in the cabinet would neutralize the threat of Nazi abuse of power and “fence Hitler in.”

The Hillary backers at the Times especially enjoy suggesting Hillary is for liberty, and Trump tyranny:

Hitler had a dark, Darwinian view of the world. And he would not only become, in Mr. Ullrich’s words, “a mouthpiece of the cultural pessimism” growing in right-wing circles in the Weimar Republic, but also the avatar of what Thomas Mann identified as a turning away from reason and the fundamental principles of a civil society — namely, “liberty, equality, education, optimism and belief in progress.”